Last week Macquarie Bank suggested that Australian house prices may fall as much as 7.5% over the next two years.

Relative to this increase, 7.5% is not so high.

In any case, this national figure is a misleading indicator of house price movements because there is so much discrepancy between the different housing markets across Australia. 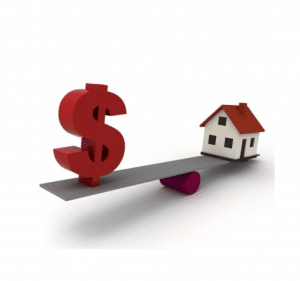 In the last two years, Sydney house values have increased by approximately 40%, while Perth houses fell by 0.56%.

Analysts at Macquarie Bank have attributed the figure partly to slowed population growth estimates at an Australia wide level.

Rapid value increases in dwelling values in Sydney and Melbourne may be followed by a correction.

This is supported by ABS finance data, which shows a larger amount of money being lent to housing for investment since 2014 rather than owner occupation.

It is understandable then, with the majority of demand for Australian property coming from investors, that when banks limit investor funding it will reduce investor demand and slow dwelling value growth.

However, declines in dwelling prices are somewhat mitigated by Australian frameworks of investment and lending, which appear to be very influential on housing supply and demand.

On the demand side, every time a homeowner’s house value increases, their wealth increases because houses and units are financial assets that can be used as equity in borrowing.

By this logic, it doesn’t matter how high house prices go. In overheated markets, homeowners will always be able to keep up.

Another statistic being thrown around is the overvaluation of Australian houses

In August this year, Goldman Sachs economists estimated Sydney and Melbourne were overvalued by approximately 20%.

What is important to remember is that this figure is partly generated from rental return.

However, if property values are increasing 40% over two years, it makes sense that rent probably won’t keep up as a percentage of the house price.

Falling rental yields have not deterred investors – who have the ability to claim rental losses on their taxable income. It’s a win-win.

I want to emphasise that I do not believe this is a sustainable model for house price growth.

However, it is wrong to characterise the current growth declines as a ‘bubble bursting’. To do so undermines the larger problems of unaffordability that will still exist, even if dwelling prices do go into correction.

'Macquarie Bank’s Estimates 7.5% Drop In Prices. Will The Property Bubble Burst?' have 5 comments