Yesterday was a pivotal day for those interested in property. 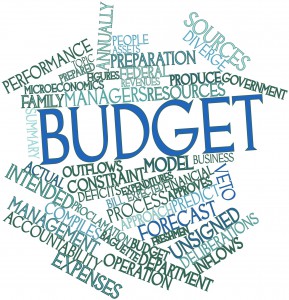 In the afternoon the RBA dropped official interest rates to a historic low and a few hours later the Federal Budget was handed down.

Fear of a job-destroying deflation forced the Reserve Bank’s hand to lower rates, risking another spike in house prices but the Budget, while likely to boost confidence, is unlikely to have much impact on our property markets.

There was no relief in the Budget for first home buyers and as expected there were no changes as to how negative gearing or capital gains tax will be treated.

However, it’s possible that with the new restricted superannuation benefits for high income earners, more of Australia’s wealthy will turn their investment dollars to property to take advantage of the tax benefits of negative gearing.

How will lower rates affect our property markets?

While in the past a drop in interest rates would boost our property markets, that’s less likely this time round.

Sure the rate drop will put a floor under falling house price growth and will be welcomed by first home buyers trying to get a foot in the market and by those who already have a mortgage, but low consumer confidence and job uncertainty are likely to have a bigger impact on people’s decisions to buy or sell their homes.

In fact, the Reserve Bank said there was little risk that lowering the cash rate from 2 % to 1.75% would further stimulate the housing market.

“In reaching today’s decision, the board took careful note of developments in the housing market, where indications are that the effects of supervisory measures are strengthening lending standards and that price pressures have tended to abate,” Reserve Bank Governor Glenn Stevens said in a statement.

“At present, the potential risks of lower interest rates in this area are less than they were a year ago.”

The banks will pass on the rate cuts.

In good news for mortgage holders, three of the four major banks have already announced they’ll pass on the full rate cut. Only ANZ’s decided to partially cut rates.

The following tables from RateCity.com.au  show the likely impact of this weeks changes on your hip pocket.

The Big Four Banks– who’s on the move and when

While it’s unlikely there will be further rate cuts in the coming months during the election campaign, expectations are mounting that the RBA will drop interest rates further motivated by a fear of low inflation and increased confidence that they’ve taken regulatory steps to alleviate Australia’s financial stability risks.

Despite the RBA dropping rates, it’s likely the banks will raise their rates “out of cycle” like they did last year.

While banks absorbed some of these increased costs, most raised rates slightly to make up for these changes.

In reality, banks are “money shops” with a responsibility to make profit for their shareholders. That means they will either pass the costs on to borrowers, or take a hit to  their profits.

Guess which they prefer?

Putting all this together it looks like another interesting year ahead for property.

The lack of affordability, a surplus from the apartment building boom, APRA’s changes restricting lending to investors and a slowing of Chinese buyers the regulatory curbs on investor lending has already taken the heat out of the market.

But there is a strong likelihood that all our capital city markets will finish the year with higher house prices than at the beginning of the year.

'Lower interest rates and the 2016 Budget – what does this mean for property?' have no comments