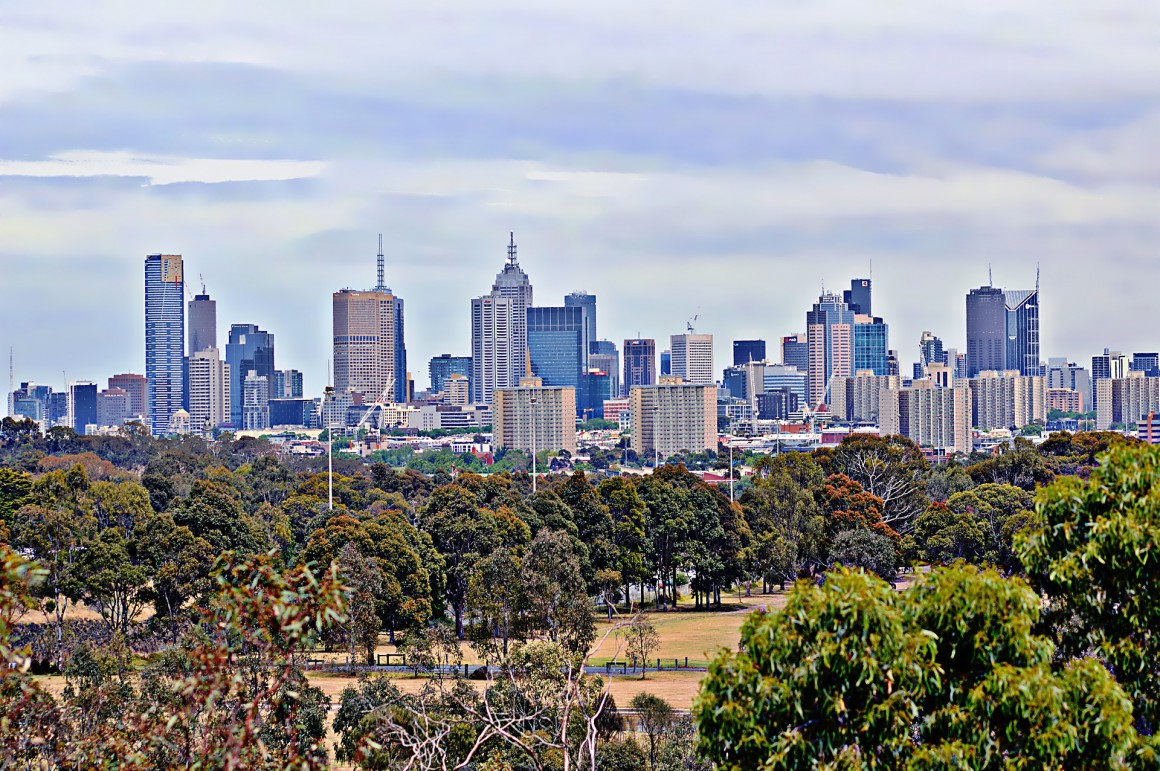 In percentage terms the resources capitals of Perth and Darwin have seen their population growth rates decline very significantly since FY2014, while many mining areas have slowed in sympathy.

Greater Melbourne is now top of the tree by far with a blistering population growth rate of 2.4 per cent, followed by Greater Brisbane (1.8 per cent), and then Greater Sydney (1.7 per cent).

Interestingly we are now seeing flat or negative population growth across the regional areas of a number of states, with the population actually in moderate decline in regional Western Australia, regional South Australia, and the Northern Territory outback. 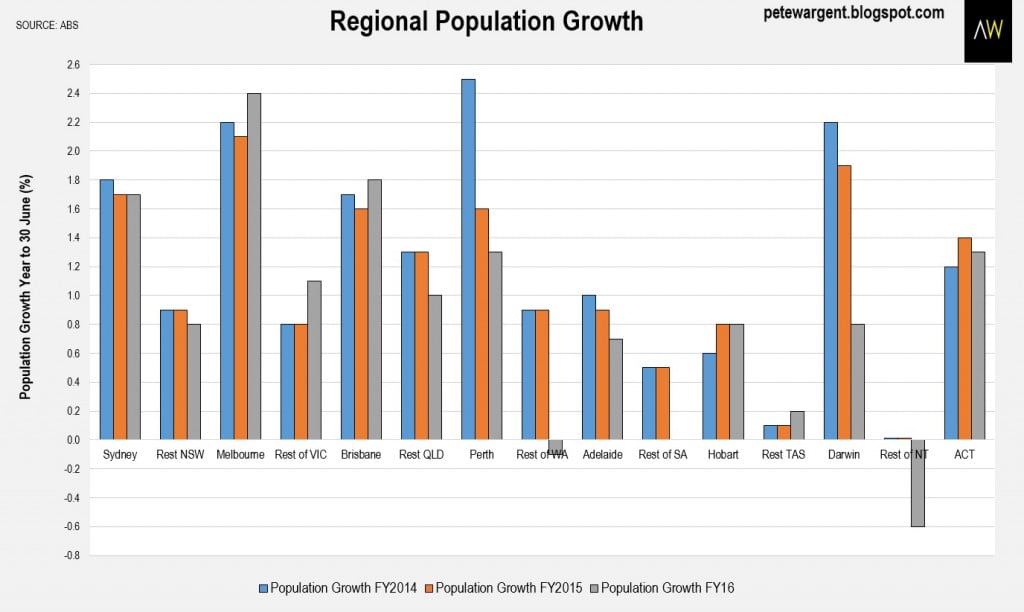 In absolute terms Melbourne shot the lights out in FY2016 in recording massive population growth of 107,770, comfortably eclipsing the 82,797 increase in the Greater Sydney population.

Between them the two largest capitals accounted for more than 190,500 or some 56 per cent of total population growth. 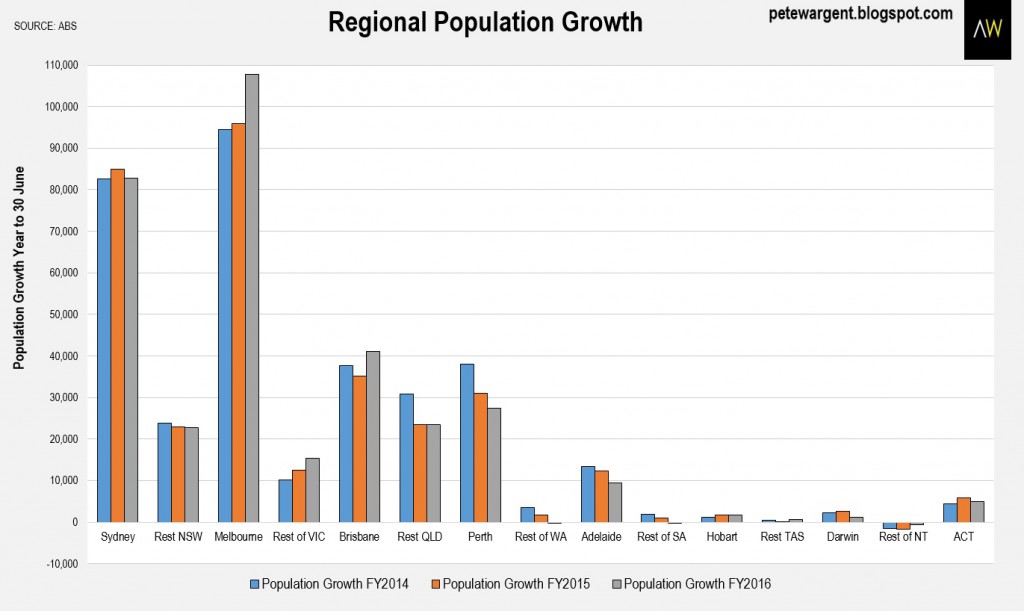 Population growth in Brisbane is also picking up the pace again as folks drift north from pricey and crowded Sydney, rising steadily to 41,135 in the financial year.

I've long felt that to some extent south-east Queensland will over time become seem as one long conurbation stretching from Noosa to the Tweed.

The latest ABS population density grid below hints at what I mean by that: Away from the capital cities total regional population growth around the country was just 61,167, with Gold Coast (12,280), Sunshine Coast (5,967), and Geelong (6,776) pitching in a fair chunk of this growth, and the Hunter Valley a fair amount of the remainder.

But the real action has been in Greater Melbourne where population growth has all but torn the roof off to surpass 4.6 million.

Meanwhile, the population of Greater Sydney increased past 5 million in the month of June 2016. 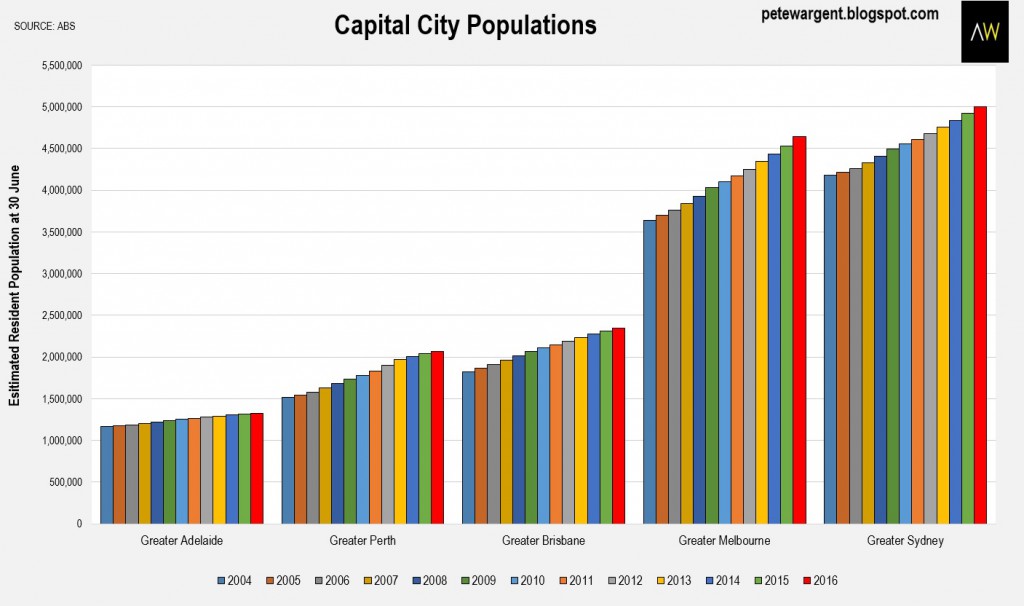 The ABS noted that it took Sydney nearly 30 years to increase from 3 million to 4 million between 1971 and 2000, but the harbour city has added its latest million in about half the time.