This is the seventh blog in a series about the current state of play in our major property markets based on Australian Property Monitors January Housing Market Report.

I’ve already given a national property market overview, as well as an update on the Sydney  and Melbourne , Brisbane,  Perth and Adelaide real estate markets.

Today I feature what’s happening in Canberra and will cover the Gold Coast tomorrow.

Here’s what Dr. Andrew Wilson of A.P.M had to say about what’s happening in Canberra:

The Canberra housing market produced a modest performance through 2013 with median prices set to rise by 3 percent.

Most of this increase however came in a late year surge in buyer activity over the December quarter.

A deteriorating local economy, particularly in regard to rising unemployment and job shedding in the public service, was a catalyst for declining buyer activity and confidence over most of the past year.

Despite the late year rise in activity, the outlook remains problematic for the Canberra market with further job losses in prospect. As a consequence, Canberra median house prices can be expected to increase by between 1 and 3 percent over 2014. 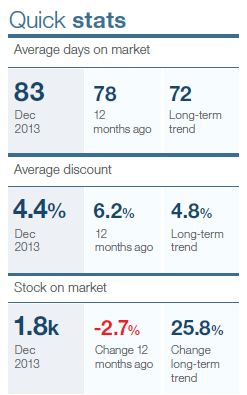 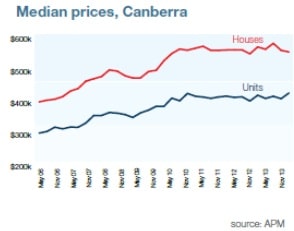 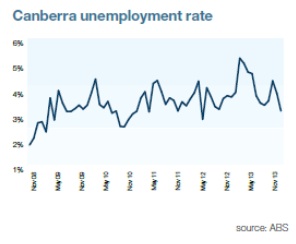 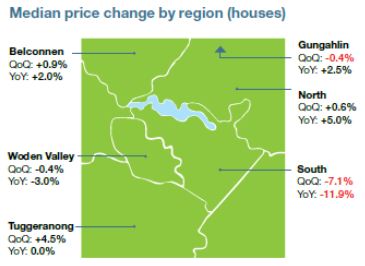 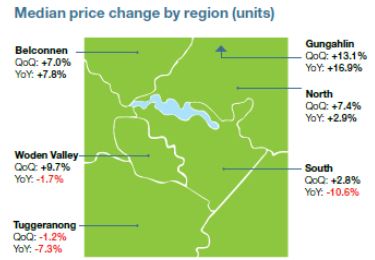