This is the fifth in a series of blogs about the current state of play in our major property markets on Australian Property Monitors January Housing Market Report.

I’ve already given a national property market overview, as well as an update on the Sydney  and Melbourne and Brisbane real estate markets.

Today I feature what’s happening in Perth and will cover other major states over the next few days.

Here’s what Dr. Andrew Wilson of A.P.M had to say about what’s happening in Perth:

The Perth housing market recorded a solid year of buyer activity in 2013, with the median house price rising by up to 8 percent over the year.

High population growth and a solid local economy have activated buyers through most price ranges and suburban regions.[sam id=34 codes=’true’]

First home buyers have been particularly active in Perth, motivated by high and rising rents.

Although signs of flattening buyer activity emerged over the latter part of 2013, this year is nonetheless set to be another solid year for the Perth housing market – particularly given the prospects of rising demand for labour from a strengthening economy.

Expect Perth prices to increase again by between 5 and 7 percent in 2014 with most price sectors, buyer types and regions recording solid growth. 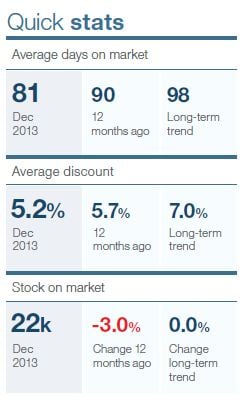 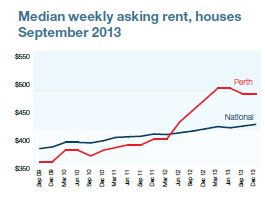 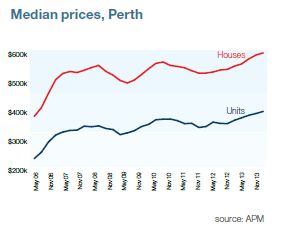 As you can see below, the markets are very fragmented, 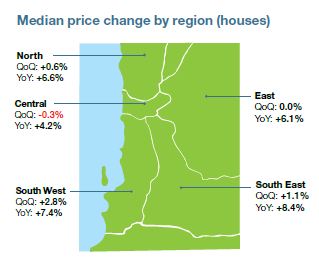 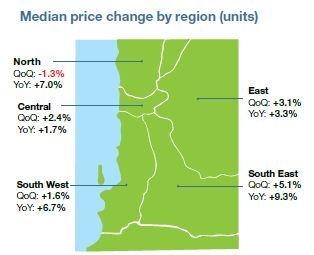