While the number of properties for sale rose in January, Sydney bucked the trend.

The number of Australian residential property sale listings rose during January in most capital cities, though Sydney bucked the national trend with a fall in stock as vendors moved to the sidelines for the holidays.

In contrast, stock levels jumped in Darwin and Perth as the commodities downturn hit home.

However, housing stock levels fell in Sydney and modestly in Melbourne as agents and vendors eased their sales and marketing efforts during the summer break.

While Sydney remains strong, the majority of other capital cities are experiencing patchy market activity.

The Sydney market remains strong and we expect a very strong opening to the Sydney auction season this weekend.

However this localised market strength is not really being experienced anywhere else outside Sydney. I would even argue that Melbourne remains patchy. 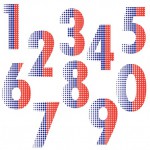 Going forward, this week’s rate cut should boost demand at the national level but we must remember local economic conditions are taking precedence in certain cities, namely those cities exposed to the mining downturn.

As one can see with our listings and asking prices indexes, Perth and Darwin appear to be in deep trouble.”

All capital cities recorded changes over the course of the month, with Darwin revealing the highest monthly rise in stock levels of 6.7% in January, up a staggering 34.2% from a year earlier.

Perth followed at 5.4%, with a hefty year-on-year rise of 21%, which backs SQM Research’s view that that Perth and Darwin property markets are experiencing slowdowns due to the commodities downturn.