Demographics — how we live, where we live and what we can afford — will continue to drive our property markets.

So it’s interesting to see how Melbourne’s demographic centre is slowly moving. 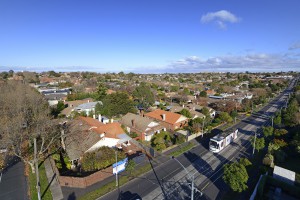 Of course, the effective centre of Melbourne is the Central Business District but for decades our Demographic Centre of Melbourne has been in the suburb of Glen Iris as historically population and employment growth has been biased towards the eastern and south eastern suburbs of Melbourne.

The below from demographers id.com.au shows how from 1981 to 1996, the demographic heart of Melbourne it moved in a south-easterly direction, reflecting the growth in locations like the City of Casey and Mornington Peninsula.

But since the early 2000’s this pattern has changed reflecting more development in our CBD and more people living in apartments there as well as new estates in Melbourne’s west and north in areas such as Point Cook, Caroline Springs and Craigieburn. 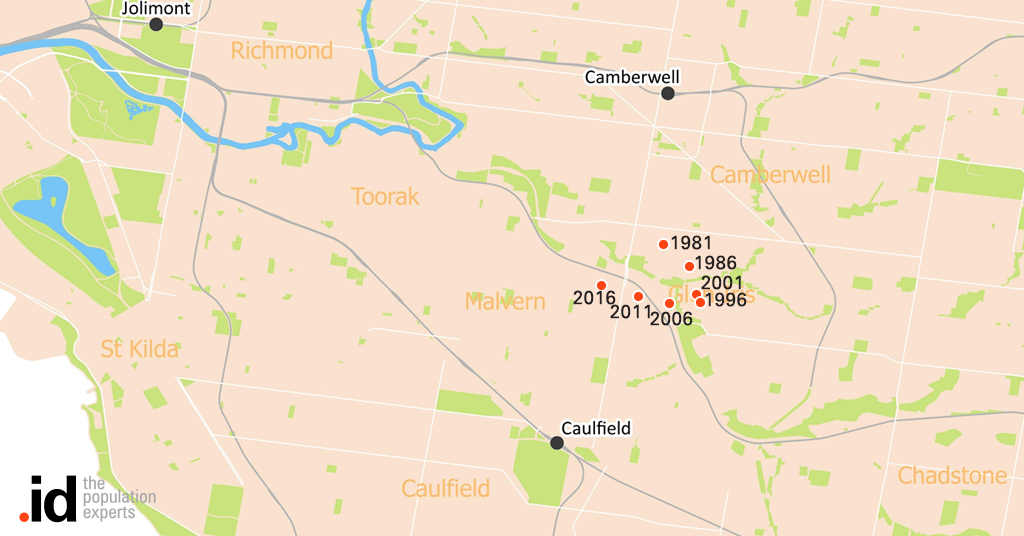 The clever demographers at id.com.au see the demographic centre of Melbourne moving into Armadale and finally into Toorak by the mid-2030s due to the large amount of new greenfield development occurring in locations such as Wyndham, Melton, Hume and Whittlesea into the future.

They believe that one of the driving factors behind much of the new development in these areas is migration to Melbourne is overseas migration, especially of tertiary students and skilled migrants, particularly from India, the Philippines, Iraq and Sri Lanka. 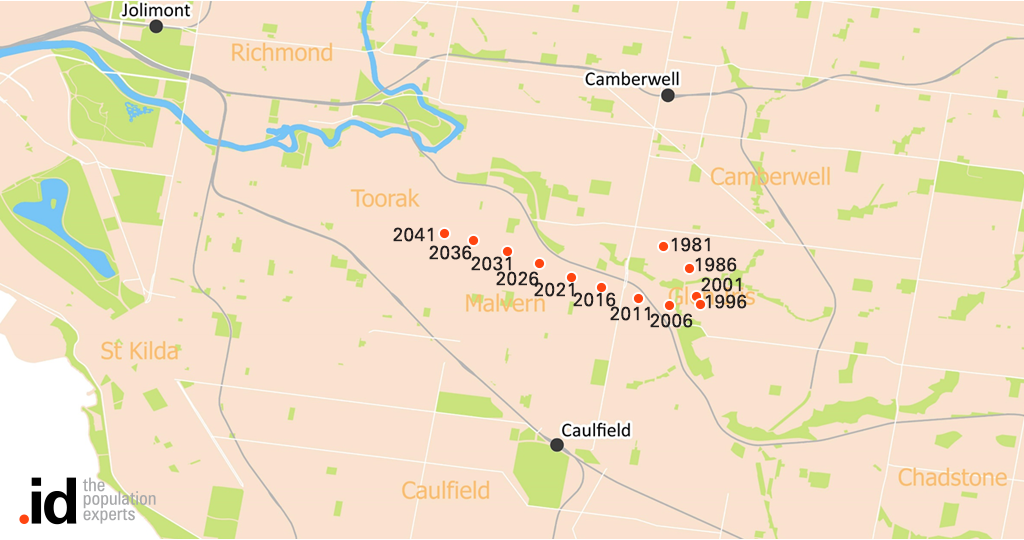