Not that long ago the Australian Bureau of Statistics gave some amazing projection of Australia’s population in 100 years.

They suggest up to 70 million people may be calling Australia home in 2110.

A large part of this will be due to strong immigration growth, but another important factor will be that we’re living longer.

If you’ve been following my blogs you know I believe that is demographics – how many of us there are and how we are going to live that will shape our property markets in the future.

So I was fascinated to read in Quartz that one third of babies born in Britain this year will live to 100.

This is an eye-catching statistic from a large report on mortality published by the UK’s national statistics authority today. Relatively rare sightings of centenarians pottering around Britain today—there are around 14,000—will soon become much more common, with 111,000 projected in 2037. 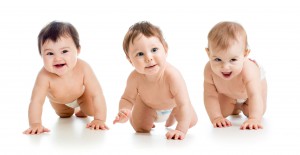 The official projections for a steady and sustained rise in longevity are generating concerns about overpopulation and the strain on an already stretched pension system. But medical advances, combined with a drop in smoking rates and healthier lifestyles, will continue to boost the ranks of the elderly, the statistics body says.

But when compared with longevity projections from a few other rich countries (see chart above), the UK’s forecasts look particularly bullish. Starting from a middling life expectancy among developed countries today, the average British man is expected to live to 87.3 by

the year 2062, ahead of all the others, while the average British woman, at 90.3 years of age, will be outlived only by her Japanese counterparts at 90.9.

With typical British understatement, the statistics authority notes that the UK “may be more optimistic than some other countries when setting the assumptions for future mortality.” This means that either the UK’s analysts need to revisit their calculations, or all of the hype about the benefits of Japanese centenarians’ fish-heavy diet is due a rethink. If the Brits are the new model for a long life, the fish should be fried and served with chips and mushy peas.