How long will inflation stay low?

“Is inflation at an inflexion point? The previous year was: ‘Will we need to worry about inflation again?’ In 2014 we posed the question ‘Is Inflation dead?’ And in the 2013 edition of Big Issues we questioned: “Inflation or Deflation?”

Commsec continued to find it remarkable, that with interest rates close to zero across many parts of the world and some central banks still injecting stimulus via bond buying, that the concern is

still that inflation is too low, rather than it is poised to rebound.

Last year they argued that there are good reasons to think that inflation was at an inflection point.

Many governments are spending more on infrastructure.

The US is arguably at ‘full employment’.

And a number of states and territories in Australia have jobless rates low enough to suggest that inflationary pressures may start to emerge.

In Australia, certainly construction activity is solid and prices have lifted.

But the themes of global consumer good competition and technology-driven cost cuts are still working to keep prices low.

Consumers can buy goods whenever they want and wherever they are.

And a combination of technology and innovation are reducing production costs.

Importantly, these themes could have further to go to play out fully.

In Australia, the Reserve Bank is working on the belief that inflation has bottomed. 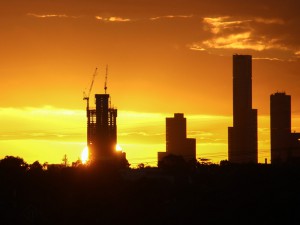 And as a consequence, interest rates have probably bottomed.

But the Reserve Bank continues to emphasise that inflation will rise only gradually.

And over the next two years, underlying inflation may only have lifted to 2 per cent – at the bottom of the 2-3 per cent target band.

How long inflation stays low will certainly be debated this year.

But we could continue to discuss the issue in 2019, given the track record of recent years. 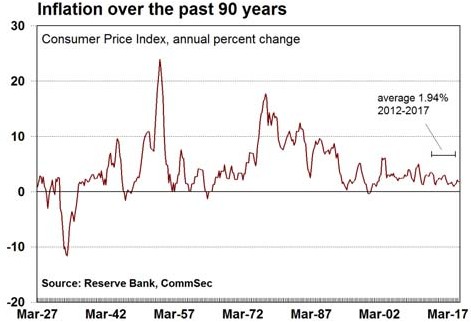 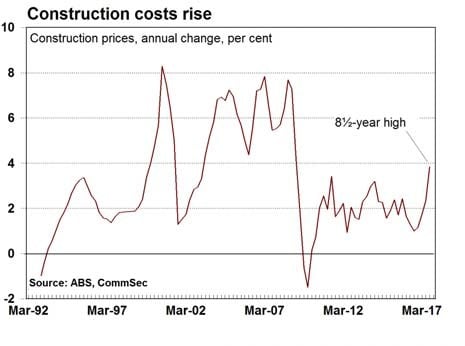 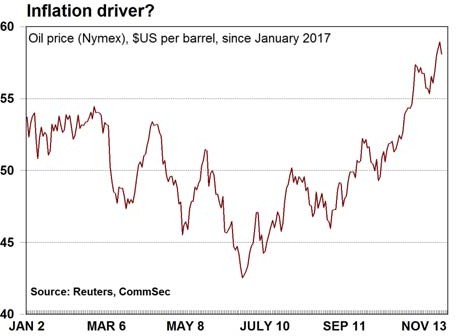 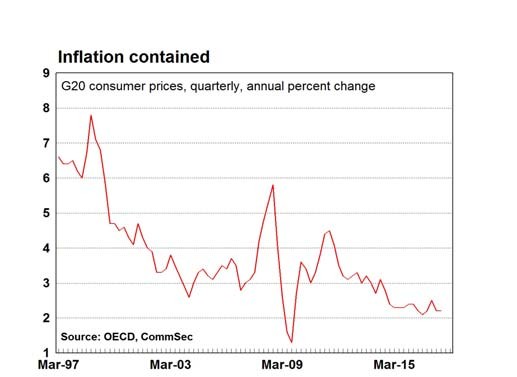 Watch your inbox over the next 7 days for our ongoing discussion of the Big Issues ahead for 2018.