According to sales data analysis by CoreLogic, property owners are holding on to their homes for longer. 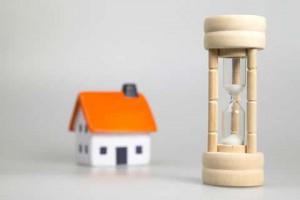 Over the past 12 months, the research showed that on average, houses are currently held for 11.3 years, while units are held for a slightly lower at 9.6 years.

Research analyst Cameron Kusher observed that home owners are holding onto their property for much longer than they were 10 to 15 years ago.

Based on the findings from the CoreLogic May 2019 sales data (the most up to date data), the average hold period has consistently increased since 2005 across both house and units nationally.

(Note: The average hold period figure is based on sales from the past year, using the latest sold date and the previous sold date to establish how many years a property has been held for between each transaction.)

Across the individual capital cities, the average hold period of both houses and units rose over the last 10 years, 5 years and current year, with houses being held longer relative to units across all capital cities. 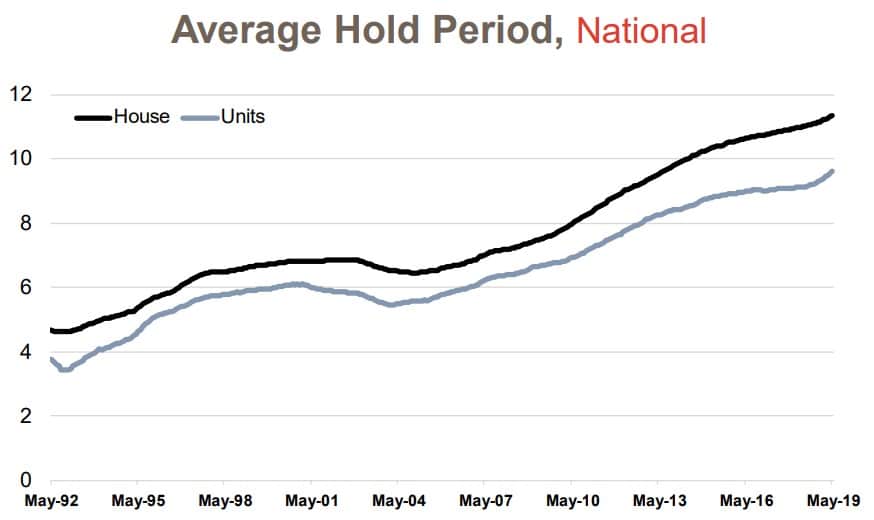 Regional Victoria and Queensland represented the areas with the longest average hold periods across regional Australia, with houses across both regions currently being held on average 11.1 years, while units in regional WA are being held the longest at 10.2 years.

The Northern Territory rest of state region currently has the shortest average hold period at 8.9 years for houses and 8 years for units.

The council areas with the longest average hold period for houses was dominated by regions within Melbourne, Sydney and regional Queensland.

Houses in Monash Victoria came in with the longest average hold period at 17.1 years. 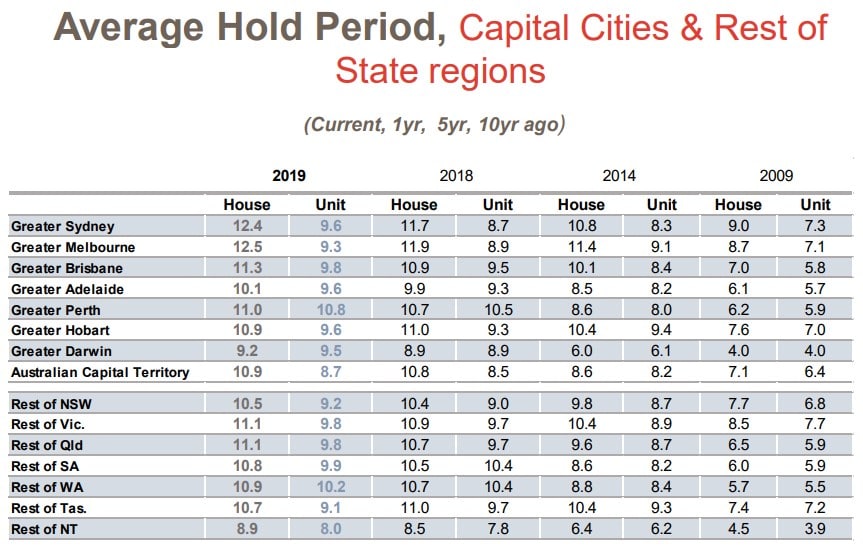 While for units, Perth makes up eight of the 20 council regions with the longest hold periods. 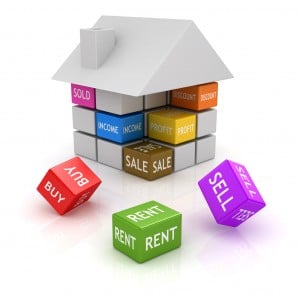 The East Pilbara council region tops both the house and unit list for the shortest average hold period, with houses currently being held for 7.7 years, while units across the region are being held by half the duration at 3.8 years.

The remaining regions on the ‘houses held’ list are comprised by mostly regional parts of the country as home owners are evidently more likely to sell across these regions compared to their capital city counterpart.

Mr Kusher said, “Interestingly, the shortest average hold period list for units is dominated by Melbourne with 6 of the 20 council regions making up the unit list. The data suggest that home owners are much more reluctant to sell their property than they were a decade ago which is also highlighted by the ongoing decline in sales transactions.”

Other factors at play include: the rising cost of selling and purchasing property, combined with affordability constraints across some Australia’s more expensive capital cities contribute to owners holding onto their properties longer. Mr Kusher said, “It’s expected that this trend will continue over the coming years given such concerns aren’t likely to see much improvement in the near future.” 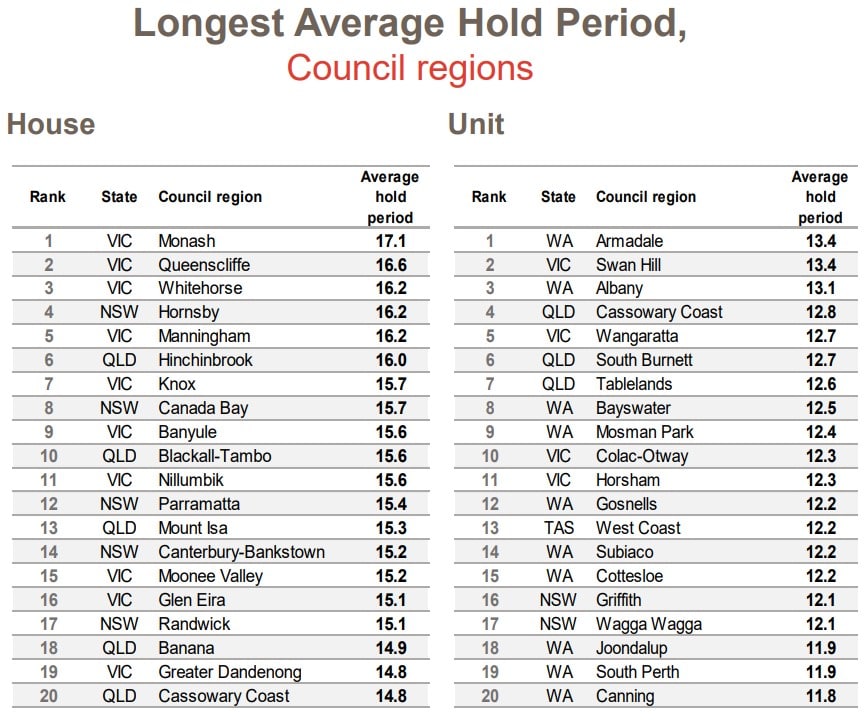 'Length of home ownership continues to rise' have no comments