Is this the beginning of the end? Another lender ditches SMSF lending

Following the spate of major banks that have dropped their SMSF lending products, another bank has announced that it will remove its SMSF loan product next month.

Add to that Labor's proposed policy to prohibit borrowing to buy property in an SMSF and it looks like there could be a window of opportunity that could close soon for  investors who are in the position to borrow in their SMSF and take advantage of the leverage this allows. 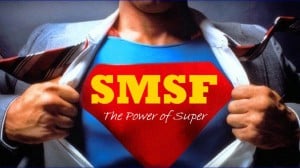 This week AMP has announced that from 20 October 2018, it will discontinue self-managed super fund property lending, following similar moves from CBA and Westpac in recent weeks.

AMP will continue to support existing SMSF home loan customers, however from November they will not be permitted to switch to interest-only, internally refinance or extend their loan term.

Westpac stopped SMSF home loans for new customers on 31 July, while CBA announced its ban would take effect from 12 October 2018. Both Westpac and CBA will continue to support existing SMSF loan customers.

RateCity research director, Sally Tindall, said the writing could be on the wall for SMSF property lending.

“Today’s announcement from AMP comes as a shock to no-one,” she said.

“AMP’s new chairman, David Murray, has been one of the most vocal critics of self-managed super fund property lending,” she said.

In 2014, the Financial System Inquiry recommended that the government remove the exception to the general prohibition on direct borrowing for limited recourse borrowing arrangements by superannuation funds - although Scott Morrison, who was then treasurer, rejected the recommendation.

“Banks are focused on reducing risk in their loan books. In a falling property market, it’s not surprising we’re seeing lenders retreat from this type of lending,” Tindall said.

“Macquarie Bank, Bendigo Bank and Bank of Queensland are now the biggest banks in a dwindling pool of providers offering SMSF property loans,” she said.

But there are still lenders out there willing to lend

List of lenders offering SMSF loans from next month:

Of course setting up an SMSF and buying a property in your SMSF requires unbiased personalised financial advice so don't go it alone, or get biased advice from a property developer or sales person.

NOW WHY NOT READ: The top 3 mistakes people make with their Super

NOW WHY NOT READ: 11 Benefits of running your own Super Fund