1. DEPOSIT
The first thing about the deposit is that it shouldn’t be more than 10 per sent of the purchase price.  An amount of more than 10 percent (in Queensland at least) will generally convert the contract from one where the balance purchase price is payable in cash on settlement to an instalment contract, the buyer will have additional rights and in particular the right to extend settlement for up to another 30 days.  This may be catastrophic to a seller who is unaware of this fact.  For example, he may be relying on the sale proceeds to purchase another property.  A threat to exercise your rights and extend settlement for up to a further 30 days may put pressure on the seller to reduce the price to a more acceptable level to you.

But how common is it really for agents to accept more than a 10 per cent deposit? And where these extra monies are mistakenly paid by a buyer, how common is it for the agent not to refund these overpaid monies to the buyer?

It happens more than you think as a lot of agents work under the misconception that it’s a bonus to hold extra monies as it commits the buyer more to the sale.

This couldn’t be further from the truth and the reality is, particularly where a development site is involved, that developers sometimes purposely set the deal up so they pay more than 10 per cent (usually as a round number like an extra $100 or $1000 so that it’s more easily overlooked) with the aim of keeping up their sleeve the right to later claim it’s an instalment contract and they’re entitled to another 30 days to settle.

2. DEPOSIT BONDS
If you’ve paid the deposit by way of a bank guarantee or deposit bond then check your records to see whether you’ve actually given the original of this bond to the agent.

If you’ve only given them a photocopy then there’s an excellent chance the bank or the bond provider won’t allow the agent to draw down against this guarantee or bond unless the original of the document is delivered to them.

If this is in your possession and the agent only holds a copy then this was a beginner mistake from the agent’s perspective in not collecting the original and this whole sorry experience will be their funeral and not yours.

3. COOLING OFF
Most Australian states grant the buyer of a residential property the right to terminate the sale within a certain number of business days of formation of the contract.  Using Queensland as an example, a warning notice to this effect is required to be given, bringing this right to the attention of a buyer, and failure to give this notice to the buyer prior to formation of the contract has powerful legal consequences.  Failure to give the notice at the correct time will mean the contract is of “no force and effect”.  That is, there’s no contract.

In New South Wales a buyer may terminate the contract of sale for the purchase of residential property by 5pm on the fifth business day on which the contract was entered into.

Don’t forget, however, that with the right to terminate usually comes with a financial penalty payable by you as the buyer.  For example in Queensland terminating a contract under the cooling-off, costs you as a buyer a quarter of one per cent of the purchase price.  For example, a $400,000 sale will cost you a termination penalty of $1000.

4. OTHER DOCUMENTATION THAT MUST BE GIVEN TO A BUYER
In Queensland, for example, if a vacant block of industrial or commercial land is sole and it’s not lawful under the town plan for the area to erect a house on this vacant block of land, then notice must be given under the Property Agents and Motor Dealers Act to the buyer of this fact and the buyer must be informed that council has the right to demolish any residential dwelling unlawfully constructed on it.

Failure to give this notice before the buyer executes the contract of sale can have fatal consequences and entitles the buyer to terminate the contract of sale and receive a refund of the deposit.  If you’ve purchased a vacant commercial or industrial block of land, check with the council whether it’s unlawful to build a residence on the land, and if that’s the case, call for a copy of this statement form the agent.

5. PURCHASE BY A COMPANY
If the purchaser is a company be aware that a company is a separate legal entity that stands apart and separate from its directors and shareholders.  Therefore, if you haven’t signed personal guarantees as the directors of the company (this will usually be on a separate annexure to the contract) guaranteeing the company’s performance of its obligation under the contract and there’s only a small nominal deposit that’s been paid and leave the seller to consider whether they wish to pursue a company which probably has no other assets.

In many cases, however, the reality is that where the buyer of a property is a company, there’s a nominal deposit paid and there are no personal guarantees, sellers will be very reluctant to take any action against a defaulting buyer company.

6. PEST AND BUILDING REPORT
It’s a standard provision in most contracts of sale for the purchase of a residential property and even commercial properties, that the contract is subject to a pest and building report from an inspector of the buyer’s choice.

There will often be something negative in the building report and you should carefully read the contract in terms of the pest and building clause.  It may allow you the right to terminate te contract of sale because you’re not satisfied with the contents of the report.

Beware the clauses that have been prepared by the real estate agents, however, which substantially water down your rights to terminate the contract of sale as they often go on to provide that the building defects must be structural (there are many serious building defects that aren’t structural) and the pest infestation must be manifest (make sure you understand what this means).

7. FINANCE
It should also be appreciated that the standard finance clause provides that the contract is subject to finance approval “on terms satisfactory to the buyer”.  Therefore, even if it isn’t on terms satisfactory to the buyer (e.g. the interest rate is too high or the repayment schedule too long or the fees and charges excessive), the buyer can terminate the contract of sale.

Beware, however, if you’ve obtained a pre-approval letter and the approval comes through on the same terms as the pre-approval.  It would be very difficult in those circumstances for you to argue that you’re not satisfied with the terms of a finance approval that you’d already obtained before entering into the contract.

The most vulnerable group in the community to fall into this trap are, in my experience, the young testosterone-filled males who are so proud and boastful of their ability to obtain pre-approval of finance that they can’t stop bragging about this fact to the agent at the time of negotiating the contract.  An astute agent will take advantage of this human failing and quietly take a copy of the pre-approval letter.  So keep your ego in check.

Sellers might also be interested to know that under most standard finance clauses if the buyer doesn’t advise them in writing within the finance approval period that they’ve either obtained finance or not, or they waive the benefit of the finance clause, the seller can, after the expiration of that period, themselves terminate the contract.

ON ETHICS
By now readers might have an unsettling feeling that there’s an ethical question to deal with when looking to terminate contracts of sale on the basis of sheer technicalities.

My overwhelming experience in the case of vacant industrial or commercial land is that in cases where the buyer is using a loophole (namely number four in this article) to escape a contract, they’ve simply had a change of heart and wanted out.

Of course, this isn’t true in all cases; there are situations where legal loopholes can help buyers who need to exit a contract for other reasons, such as loss of income or an unexpected medical problem, for example.
Deciding in what circumstances to use these loopholes is an ethical question for you as an investor.

Rob Balanda is a partner in the Gold Coast based law firm MBA Lawyers. He is a highly regarded educator of property investors and estate agents and the author of the “Made Simple” series of books and Cd’s. www.mba-lawyers.com.au 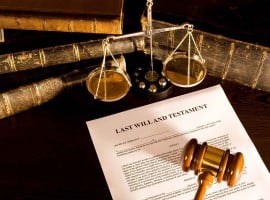 Who gets the house when you die? 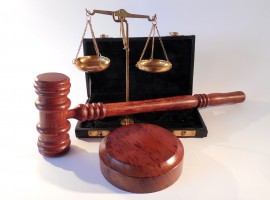 Ask the Expert [Video] – Are trusts the right vehicle for your…

'Legal loopholes Part 2' have no comments