The Sydney property market is again the clear growth driver.

The resource markets – Darwin and Perth – have both suffered a contraction in growth, with the decline in volumes and values of iron ore taking its toll on these markets.

The unit market in Darwin suffered the worst contraction in the year to June, falling by -5.31 per cent.

Table 1 presents a summary of capital growth, rent and sales data for our major markets up to the end of June 2015.

The markets are fragmented

An Australia wide aggregation of the property market displays strong annual growth of 6.28 per cent for houses and 6.06 per cent for units.

The Sydney market is again the clear growth driver.

The resource markets – Darwin and Perth – have both suffered a contraction in growth, with the decline in volumes and values of iron ore taking its toll on these markets.

The unit market in Darwin suffered the worst contraction in the year to June, falling by -5.31 per cent.

The Resource States are suffering

The impact of iron ore exports on the property markets in the resource states can be seen in Graph 2.

Available export data shows the percentage change in the value of exports up to January of this year, compared with the change in values of properties in Perth and Darwin.

Unless the resource businesses based in Perth and the Northern Territory can sustain low prices for exports, there is no reason to expect an improvement in these housing markets for the next few months.

What’s driving the other states?

Unlike the resource states, it is harder to identify the source of change in the Sydney and Melbourne housing markets.

These factors may or may not be the cause of the current boom – no one has the data to prove that this is the case.

For example, the Foreign Investment Review Board (FIRB) monitors foreign investment in housing.

In November last year, the government reported an inquiry into the FIRB to see how foreign investment impacted property values.

The findings revealed that the FIRB had not kept record of the citizenship status of property purchasers, or taken court action against foreign investors since 2006.

Without detailed information on who is buying property and how they are doing it, we cannot confidently or academically attribute foreign investment to increased property values.

Despite a lack of data, the Reserve Bank of Australia (RBA) has begun an inquiry into negative gearing and parts of the media are calling for its abolishment.

The government has begun designing policy to deter foreign investment in housing.

These ad hoc policy responses are not based on evidence that they will remedy an overheated market.

Jamie Alcock, Associate Professor of Finance from the University of Sydney, defended negative gearing, arguing it had little direct impact on the latest housing boom.

This may be supported by historical housing finance data from the Australian Bureau of Statistics (ABS), which is displayed in Graph 3.

An increase in investors in the housing market suggests that a higher quantity of properties are being traded for investment, because more money is being lent to investors than people buying property to live in.

Investor financing Australia-wide overtook the amount lent to investors in 2014, which was unprecedented in the dataset (see Graph 3).

Negative gearing, which allows investors to claim asset losses on their taxable income, was reintroduced by the Hawke-Keating government in 1987.

The capital gains concession, which halves the amount of tax to be paid on profit from the sale of assets, was introduced in 1999.

By highlighting where these policy changes exist in the time series, it can be seen that they do not seem to have a direct impact on the convergence of investor and owner occupier buying activity.

One could argue that the increase in investment is aided by the tax concessions introduced by the Hawke-Keating government, but that it also has to do with economic performance.

Furthermore, the convergence between 2011-2015 between investment and owner-occupation could be attributed to increased overseas investment, or the relaxation of rules pertaining to borrowing from self-managed super funds, which occurred around 2010.

It is worth remembering that there is a lag between fiscal reforms and their impact on the market.

Reflecting the increase in housing investment, the Australian Prudential Regulation Authority (APRA) has ordered a change in the weighting of property from 16 to 25 per cent in internal risk modelling for big banks.

The implication of this is that the major banks who use their own risk modelling to determine the amount of capital they hold, must adopt this weighting and hold billions more in reserves to safeguard the financial system.

This will be enforced from July 1 next year.

If the cost for banks of holding more capital is passed onto the investors who take out loans, loans will either require a higher deposit or be charged at a higher rate.

Either way, this risk mitigation policy could see a dampening of the housing markets in Melbourne and Sydney. 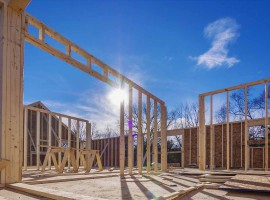 Land banking – the property development strategy of the pros 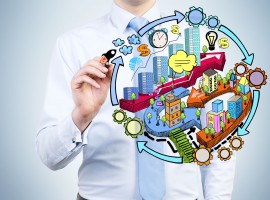 Property development guide part 12 — Enlisting the help of a town…