The data showed that the total value of housing finance commitments increased by 1.5% over the month to be 15.0% higher year-on-year.

The monthly increase was led by the owner occupier segment where new loans rose 2.2% and refinances increased by 3.3%.

Over both June and July owner occupier commitments have recorded stronger growth than the investment segment.

This may be reflective of the tighter lending requirements for investor mortgages fuelled by the requirement for ADIs to slow their level of growth in total housing investment credit.

This shift is further highlighted by the fact that total investment housing credit expanded by just 0.6% in July which was its slowest rate of monthly increase since October 2013. 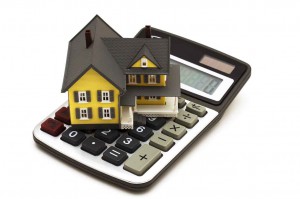 The housing finance data also showed that the average owner occupier loan size has increased by 10.8% over the past year which is its largest year-on-year increase since July 2014.

First home buyer average loan sizes have increased by a relatively benign 3.0% over the year compared to a 10.8% rise in non-first home buyer loans sizes.

For this segment it is the largest year-on-year increase since January 2010.

Westpac and the Melbourne Institute released the September results of their consumer sentiment survey.

The Consumer Sentiment Index was recorded at 93.9 points in September 2015 which represented a -5.6% monthly fall.

Each component of the Index fell over the month except for the index of economic conditions over the next 5 years which rose by more than 6%.

Over the past 2 years the consumer sentiment index has only shown higher levels of optimism than pessimism over 8 of the 24 months.

Only 28.6% of respondents felt that a financial institution was the wisest place for savings, its lowest reading since March 2008. 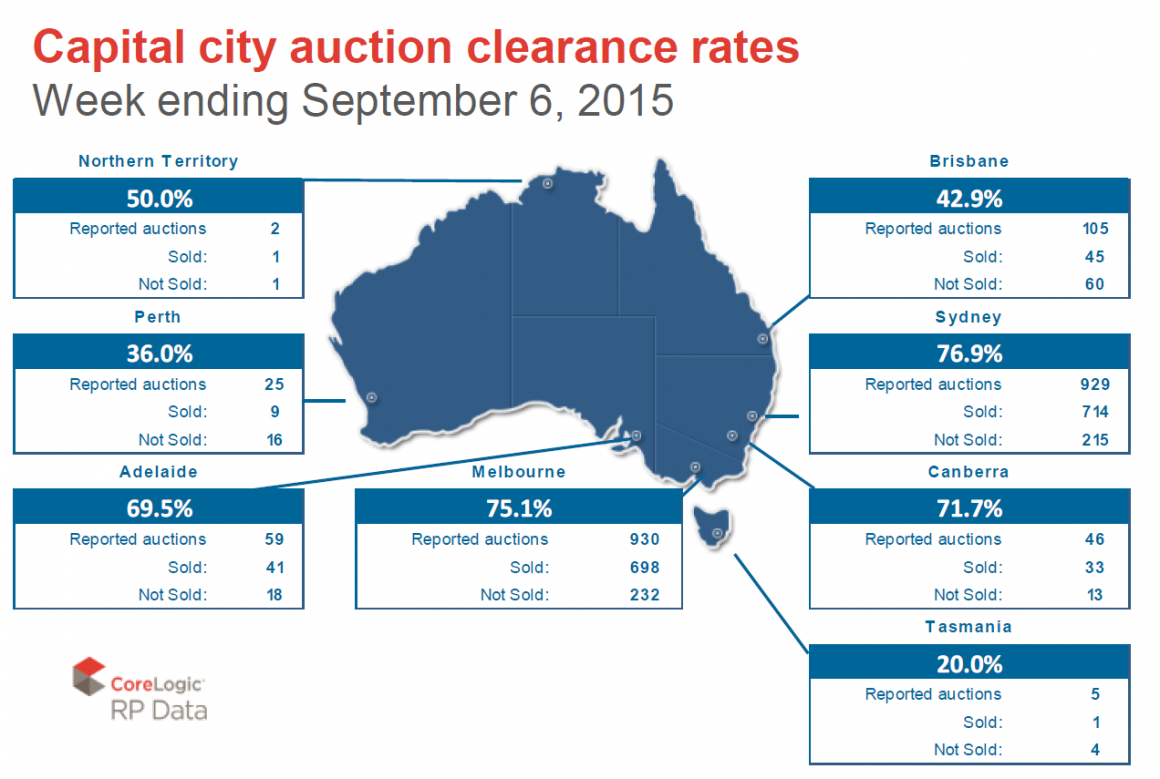 Over the week ending September 6, CoreLogic RP Data captured 2,099 auction results, accounting for more than 91% of all auctions held across the capital cities.

The final auction clearance rate over the past week was recorded at 73.2%, down from 73.4% over the preceding week but lower than one year ago when 74.1% of auctions across the combined capitals were sold.

There were 1,023 auctions held across Sydney last week, with 929 results captured.

It was a little surprising that there were more auctions held over the last week of August than there were during the first week of spring, however we are expecting auction volumes to escalate from here.

The national number of newly advertised properties increased by 4.1% relative to the same period one year ago to reach 42,609 properties added to the listings pool over the past twenty eight days.

The increase in new listing numbers is being fuelled by the capital cities where newly advertised homes were 4.9% higher than a year ago.

Total stock levels are now roughly similar to levels a year ago (-1.9%) nationally and -0.5% lower across the combined capital cities.

The strongest housing markets are still seeing total listing numbers lower than a year ago, although new listings are significantly higher.

'The week that was in property' have no comments