Australia’s population is growing at around 1.8% per annum, more than any other developed country, in part to boost our economy and replace ageing baby Boomers who are retiring from the workforce.

Interestingly I recently read that in general, immigrants have a higher level of education than the general Australian population.

“Typically, migrants are younger than the Australian population as a whole and therefore provide a boost to the Australia’s workforce and its productive potential.

Migrants can also bring needed skills to the Australian workforce. Data from 2010 revealed 45% of recent migrants had a bachelor degree or greater, compared to 25% across the entire country in 2013.

Encouraging continued strong migration remains a policy option to mitigate the impacts of an ageing population.”

Check out this chart: 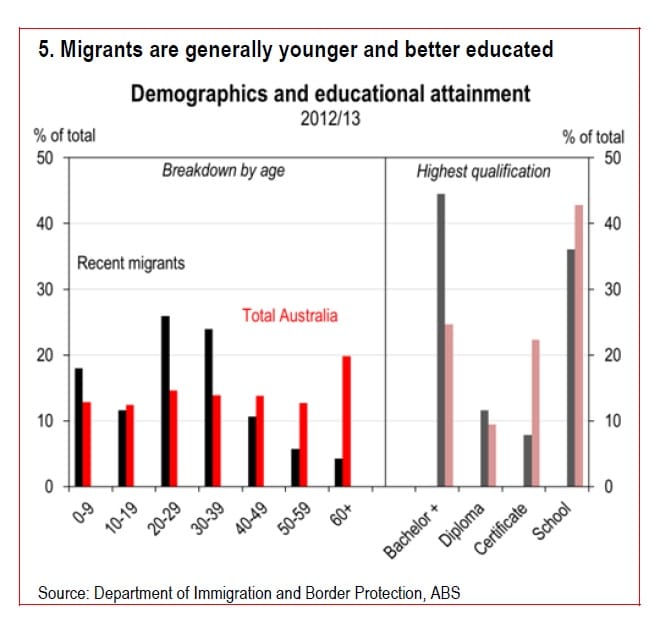 'Did You Know That Migrants Are Better Educated Than The Average Australian?' have no comments