There seems to be some contention among property experts as to the future health of South East Queensland’s property markets. One commentator has argued that the sector is in danger of an imminent meltdown with prices set to fall by 7% this year due to an oversupply of housing stock on the Sunshine and Gold Coasts.

On the other hand, a new report from ANZ suggests that the housing market has held up just fine, arguing prices will ultimately be sustained by higher income growth.

In a report published on Smart Company, SQM Research managing director Louis Christopher is quoted as saying that the Queensland market has turned into a “basket case”, when addressing a property investment conference recently.

Christopher said, “Stock levels are increasing in south-east Queensland more so than last year, and it’s getting back to those 2008 levels now. We think that represents a massive oversupply.”

He backed up these claims with SQM data that shows there are over 2,000 properties in one postcode of Surfer’s Paradise alone, which he suggests is, “bordering on a meltdown scenario.”

“We think there has been a 9% decline on the Sunshine Coast since 2008, and we think we’re going to see a 7% decline before the end of this year.”

“This is a significant issue, and unfortunately it’s going to hurt a lot of amateur mum and dad investors.”

Christopher says Brisbane house prices will also be subject to correction throughout 2011, a forecast that is reflected in RP Data figures that indicate a 2.3% drop in Brisbane property prices over the January quarter.

He even goes so far to compare the Sunshine and Gold Coast markets to the flailing Florida housing sector in the US, where prices corrected by a whopping 70%.

“We’re not saying it’s going to be the same as that, because the American market has more elements like foreclosures that add into that. But could we end up with a cumulative decline? Absolutely, we’re heading that way.”

Christopher says with the recent floods seeing a marked decline in Queensland’s usually booming tourism industry, a recovery in south-east Queensland’s property market is not on the cards for at least another 12 months.

Adding fuel to his argument is a local unemployment rate of over 10% on the Sunshine Coast, as well as a slow down in net migration to the sunshine state.

“The base is just so reliant on tourism that it’s going to suffer. Other areas such as Byron Bay are also suffering corrections,” he says.

“The standard of living benefit when you move from the southern states to Queensland has slowed, and you don’t get the same sort of benefit. You still do have fairly strong population growth, but it’s no longer being supported by the southern states.”

Overall Christopher expects that prices across most capital cities will stagnate during 2011, with minimal increases possible for Sydney, but a decline of around 2% tipped for Perth and Darwin.

However, a new report from ANZ claims the housing market is stable, saying the actual fundamentals of the industry are strong.

“Demand-side headwinds are generally countered by supply withdrawal, resulting, in most instances, in a ‘side-ways drift’ in house prices.”

The way I see it is that there is not one property market in SE Queensland. There is Brisbane and the various regional Queensland markets. 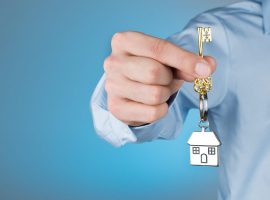 'Is south-east Queensland real estate heading for a meltdown?' have no comments