The latest private sector credit data from the Reserve Bank (RBA) confirms that the sagging demand for credit by investors continued in July 2018.

Over the month, total housing credit was recorded at $1.78 trillion and increased by 0.4% to be 5.5% higher over the past year.

The 0.4% increase in credit in July 2018 was actually an acceleration from the monthly rate of growth in both May and June.

Looking at the split between owner occupiers and investors: owner occupier credit expanded by 0.5% over the month while investor credit grew by 0.1%.

Of course monthly data can be somewhat volatile and the annual data indicates more clearly the emerging trends in growth of housing credit.

The 5.5% in housing credit over the past year was the slowest rate of growth since December 2013.

Owner occupier housing credit increased by 7.6% over the past year which is its slowest annual rate of growth since August 2017.

Investor housing credit has expanded by 1.5% over the past 12 months which is its slowest annual rate of growth on record (based on data available from January 1991).

While the monthly data shows a bit of an uplift in housing credit growth, due to an increase in credit to investors, the annual data shows that housing credit expansion is continuing to slow which is a trend that is expected to continue over the coming.

As credit availability has been tightened, investor demand has felt the brunt of tighter credit which has contributed to the slowing in credit growth. 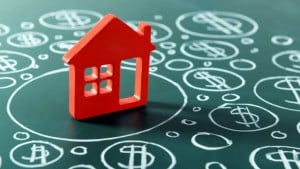 With an expectation that housing credit expansion will continue to slow this is likely to contribute to further declines in national dwelling values over the coming months.

The prospects for any reversal of fortunes in the national housing market over the short to medium term, at this point, appear fairly slim.