We talk a lot about financial capital.

Simple idea, really. You save a bit of your income each year and invest it for your retirement, and although one must make an allowance for a future increase in the cost of living, if you invest wisely thanks to the compounding growth effect, your retirement should be a comfortable and well-funded one.
In the ideal but sadly non-existent financial world where nobody becomes ill, dies, gets divorced, goes on a spending spree, loses money on bad investments…then building a retirement portfolio is very simple:

Unfortunately it doesn’t always work out that way, so when you have money available, it’s important to invest some of it!

In purely economic terms, invented by economist Theodore Schultz in the 1960s, human capital is said to be “the sum value of our human capacities”.

Just like other forms of capital, you can invest in your own human capital: through education, practising skills and professional training.

A pure economist would tell you that human capital is a way of measuring an employee’s skill set, for the more skills and experience you get under your belt, the greater your earnings potential.

In practice, what often happens is that as we move through education and in some cases higher education and professional training, our skills and therefore the salary we can expect to command in the future increases.

When you are younger and you have time on your side, when allied with professional skills, this can make the level of your human capital high.

For the want of a better example, this is what happened to my salary between the age of 18 and 32: 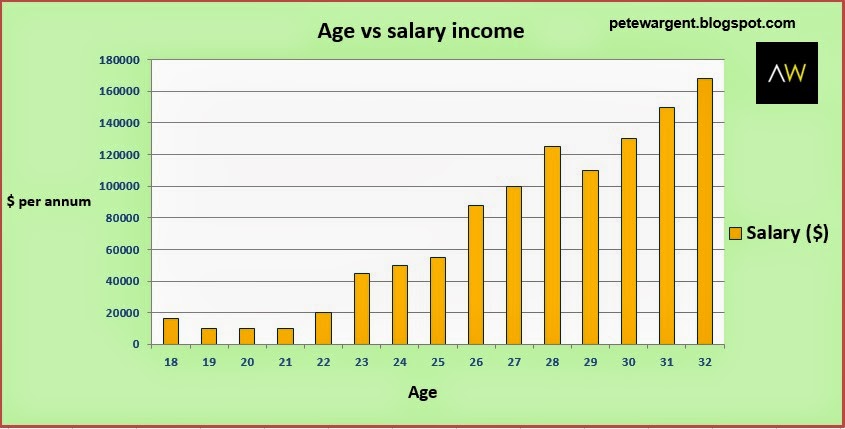 When I left school I was mostly interested in playing cricket and Guinness, and had a factory machinist job in cold England which paid £4 per hour or £8,320 per annum.

Uni years: an array of worse part-time jobs in factories producing anything from timber products to perfume and then in my backpacking year, I earned $15 per hour as a van driver and mail-sorter.

But then as I started my professional training contract in London I saw a nice jump in my salary, which then almost doubled three years of tough exams and painstaking auditing work later, when I qualified as a Chartered Accountant.

Moving up through the ranks at Deloitte and then transferring into the mining industry saw my salary increase – not exactly in a straight line, but quite significantly as my skills and experience increased.

The basic point is that while your human capital is highest when you are younger, it then tends to decrease as you approach retirement, since you have fewer earning years remaining.

Consequently from an investment point of view you should aim to be an accumulator with your long term investment capital (including your superannuation) in your younger years while tending to take a more conservative approach as you move into the income phase as you approach retirement.[sam id=40 codes=’true’]

The old rule of thumb used to say “subtract your age from 100 and put this percentage of your portfolio in shares, and put the balance in bonds”.

But unless you’ve had 100 subtracted from your IQ you’ll know that in the real world individual circumstances differ and no such hard and fast rule can really be applied.

Some occupations (e.g. Chartered Accountant) are expected to be relatively low risk and steady in terms of income flows, which makes formulating a regular investment plan straightforward.

Meanwhile others (such as e.g. acting) may be perceived as riskier but potentially with greater rewards, both financially and personally.

Other occupations are commission based and can see more earnings volatility.

Typically therefore, a younger person might be more inclined to invest heavily in the so-termed risk assets since they have the benefit of a longer investment time horizon.

Apparently ‘safe’ term deposits may produce a reliable though small income, but over the long term tend to be actually much riskier since they provide no growth potential.

Upon approaching retirement your financial capital should have increased as your human gradually capital decreases, and the focus often tends to shift towards income investments.

This is an important point, particularly in the light of day-to-day commentary which focuses almost unstintingly on recession risk, economic headwinds, investment market corrections, and so on.

Remember that what is risky for one investor is not necessarily risky for another. It’s often largely related to financial goals and time horizon.

Stock markets will periodically boom and crash, but for those who invest wisely in dividend-paying investments the long term risk is greatly diminished.

Another example: I read yesterday in Natural Health magazine that vegan property investor Les Moore, aged 100 this year, retired more nearly 55 years ago having invested heavily in properties around North Sydney and Manly.

Since the median house price in Sydney in 1960 was around $4,000, these were clearly not risky investments for Les, although they may of course have appeared to be at that time.

Diversification is one of the key rules of investment and since human capital is a form of investment, then you should avoid having all of your eggs in one basket here too.

To go back to the example of my own career, I recall that when I worked in mining (copper mining company), many of us were offered shares and options as long-term incentives remuneration package from the company.

When the copper price tanked some years ago, the company was forced to make some executives redundant, while the value of their shares also dropped at the same time, and their options flipped out of the money too.

This represents a highly leveraged bet of both human and financial capital on one outcome – that is, one company successfully mining, selling and shipping copper off to China at high commodity prices.

While this focused approach can certainly pay off handsomely for some, for most of us it’s often better not to have too much correlation between your human capital and financial capital

If you are specialised in one career, it may be wiser to invest your financial capital in non-correlated investments.

When investing in the share market you might opt to you have a form of insurance (e.g. put options) and so it is with relation to your human capital.

Life throws up unforeseen events such as illness or disability which can severely impact earnings potential and therefore there are forms of insurance that can be taken out to protect against such an adverse event.

Investing in your human capital has many similar principles to investing financial capital.

Invest in your skills and compound your education and the value of your human capital and your future earnings potential goes up.

Aim to have some level of diversification, limit your downside risk, and invest in yourself for the long term. 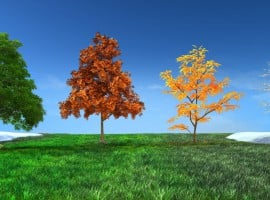