Interest rates will be down to  0.5% by mid next year according to Bill Evans, chief economist at Westpac.

Westpac believe that by October “the path of the unemployment rate will be sufficiently contrary to the RBA’s plans that they will have appropriate justification to ease policy a little earlier than we had previously expected.”

They see an initial rate cut to 0.75% in the last quarter of this year and another cut to 0.50% in February next year.

Westpac expect that the RBA will eventually see that only one more rate cut, in October, as being an insufficient response to get inflation back into the target range and the unemployment rate down to 4.5% as they’re hoping.

It seems the Reserve Bank is destined to join the rest of the developed world in a race to the bottom, however lower rates aren’t really working overseas, are they?

According to Westpac the June and July cuts have not had the desired impact.

Consumer confidence is actually lower after these cuts moves.

And forward-looking employment indicators have deteriorated, putting the RBA’s 4.5 per cent unemployment target further from reach.

On the plus side…

That is about where the good news ends.

Here’s what Westpac had to say…

Despite these positives, the Westpac–Melbourne Institute Consumer Sentiment Index has registered a 4% fall since our April report.
Sentiment can often weaken when the RBA cuts rates, but this is usually when some other shock is rolling through such as the GFC. There is no such shock hitting at the moment.
Instead, the survey detail highlights a sharp loss of confidence around the economy – one that is raising concerns about job security and over-riding expectations for a policy boost to family finances.
The fall in sentiment will be troubling for the RBA. 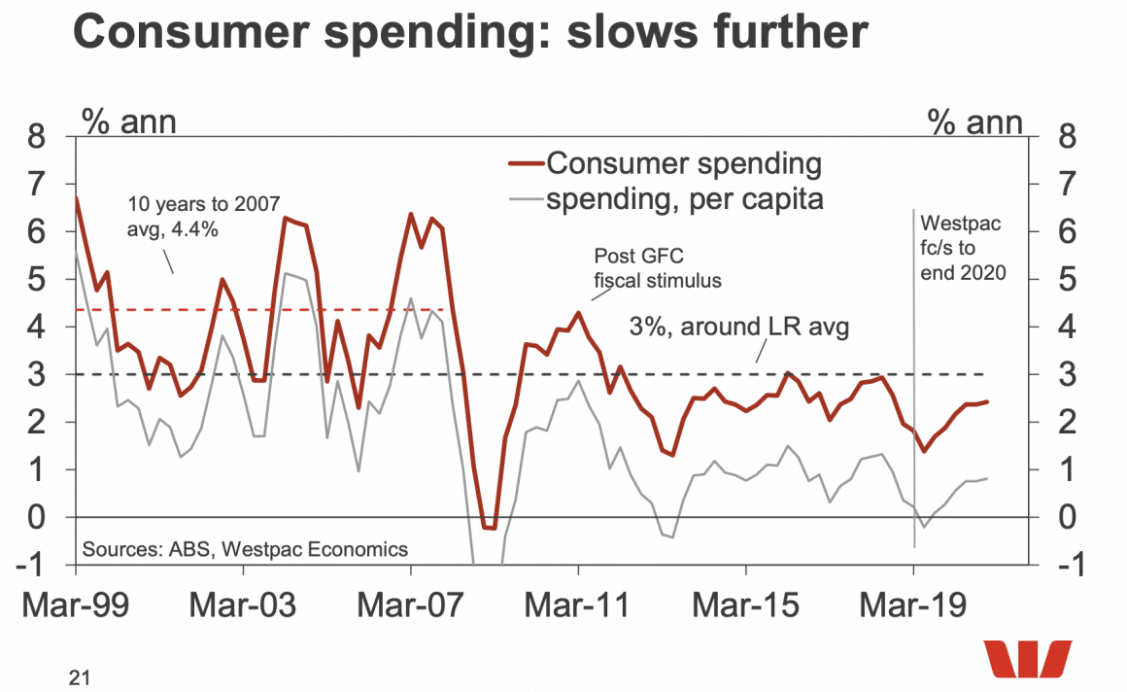 Some intersting times ahead!

'Interest rates forecast to fall to 0.5%' have no comments