While one in six future first time property investors would drop out of the market if interest rates rose another half a percentage point, one in eleven could keep making repayments even if there were large rate increases, according to a survey of people intending to buy investment properties in the next two years.

The findings of the survey conducted by Mortgage Choice also found many potential investors were willing to make cut backs to buy an investment property.

A quarter of respondents cited basic living costs as their biggest concern, with 68 per cent planning to cut back on day-to-day spending to help finance their investment property.

Almost two-thirds will spend less on restaurant and fast food, and half will scrap holiday plans.

Interest rates were the second biggest concern among all respondents, but one in four cited rates as the greatest worry.

The survey by Australia’s largest independently-owned mortgage broker has found that of those who will buy their first investment property in the next two years, for 19% it is their first ever property purchase.

This incidence was highest in New South Wales (26%) and lowest in Western Australia (13%). Gender-wise, males were more likely than females to make this choice (21% versus 17%).

Of all the 1,060 respondents to the Mortgage Choice 2011 First Time Property Investors Survey, each of whom were buying before July 2013, close to one in four will do so alone.

The number one motivator to buy was ‘I want to set myself up financially for the future’ (82%), then ‘I see more benefit in investments such as property than in I do shares’ (57%). ‘Tax benefits’ ran third (53%), followed by ‘I’ve researched the property market and feel property investment will enable me to achieve my financial goals sooner/better’ (40%) and ‘potential rental yields’ (39%).

Only 18% did not plan to add to their investment property portfolio after this first purchase while, on the flipside, another 18% were planning to purchase as many as possible.

Mortgage Choice spokesperson Kristy Sheppard said, “Once we’d delved into the results, the description that came to mind for these first time property investors was logical, well-planned, long term thinkers who were determined, careful researchers and aware of their limitations.”

“This may be why so many are buying for investment purposes before becoming a home owner.

“The findings show these novice investment buyers to be almost the opposite. They are making educated choices based on a long term commitment to their property cause and are thinking with their heads rather than hearts. All are vital attributes of a successful investor.

“For example, 84% already knew how much of an interest rate buffer they were going to factor into their repayment budget and only 2% weren’t putting in a buffer. Also, 47% were looking to hold onto the property for 10 years or longer and 43% were looking at five to 10 years.”

54% of respondents owned their first home also and 27% had owned more than one home before.

* 44% were not concerned by falling property prices and 40% were only a little bothered.

* Most common finance strategy was borrowing while using equity in their home as security.

* 31% will use a mortgage broker for the purchase and 48% might.
* 69% will make, or are already making, lifestyle sacrifices in order to buy.
* Favourite property type was a small house of one to three bedrooms.
* Top two property features were tenant demand in the area and right suburb and street.

Queensland ranked first for investment location, at 22% of respondents. Victoriafollowed with 21%, then SA, WA and NSW at 18%.

When asked for their top five desired property features, respondents ranked them as follows:
1. Tenant demand in the area – 58% of respondents.
2. In the right suburb and street – 57%.
3. Locality to amenities and entertainment, ie. cafes, restaurants, etc – 57%.
4. Population growth in the area – 46%.
5. Infrastructure going into the area – 44%.
6. If it needs repairs, renovations or regular maintenance – 41%.
7. Size of rooms and functionality of layout – 38%.
8. Ability to renovate to add value – 35%.
9. Suitability of property to desired tenants – 29%.
10. Aspect, ie. not looking into neighbour, views, direction, window placements, etc – 15%.
“I’m surprised the property’s potential to add value through renovation didn’t rank higher. Its suitability for renting out easily is a clear winner over easy short-term capital growth. The focus is getting tenants into a well-located property in a popular area with solid growth prospects,” Ms Sheppard said.

As opposed to the 82% of Mortgage Choice’s February 2011 Future First Homebuyers Survey respondents who said they will or were making lifestyle sacrifices in order to purchase their first home within two years, only 69% of the 2011 First Time Property Investors Survey’s respondents intended to do so for their purchase.

“It’s interesting to note what an impact property investment plans have on employment trends, with at least one in five respondents having already or intending to stick with or change their job situation due to their impending purchase,” said Ms Sheppard.

“The same goes for these buyers’ health situation. On one hand the majority are cutting back on richer and/or fattier foods, and a large number on alcohol related expenses, to get in a better financial position to buy, yet on the other hand more than one in nine are giving up the gym membership.”

A significant number were also getting friends and family involved as tenants. Although most – 83% – planned to rent out the property to an unknown person, 4% were becoming a landlord to their children, 4% to family members other than their parents and 3% to friends. 3% will use it as their own holiday home while 1% were expecting to have their parents as tenants.

“With interest rate rises a regular discussion point at the Australian dinner table, it was prudent to ask about the effect these would have on future first time investors’ plans,” Ms Sheppard said.

“It’s great to see 9% could handle any rate increases but concerning to find 16% would give up on buying their first investment property once rates rose by half a percentage point. I hope anyone who can’t handle an interest rate rise of at least one to two percentage points thinks carefully about entering the market at all, unless they intend to fix their interest rate for some time or are sure they will be in a better financial position once the purchase process moves into full swing.”

This buffer was an area where the genders gave very different responses, with males having much more awareness of their buffer plans. Only 8% hadn’t decided on a buffer, versus 24% of females. 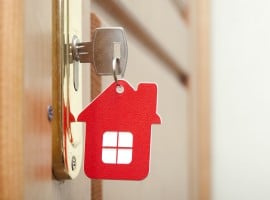 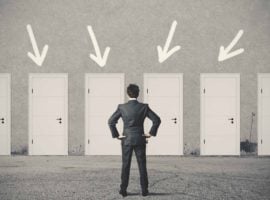 The worst & the best property advice I’ve been given

'Interest rates are a concern for property investors' have no comments