Despite the annual rate of inflation increased slightly during the June 2014 quarter yet interest rates are likely to remain at record lows for some time to come.

In fact today 3 of the 4 big banks dropped their 5 year fixed rate to less than 5%, which suggests they think rates will remain low for a while.

The headline rate of annual inflation increased to 3.0 per cent in the June 2014 quarter, a slight rise on the 2.9 per cent rate during the previous three month period to March.

The key measures of underlying inflation stood at 2.9 per cent and 2.7 per cent respectively during the quarter.

Both measures are still within the RBA’s inflation target range, although the trimmed mean measure has risen since the previous quarter. 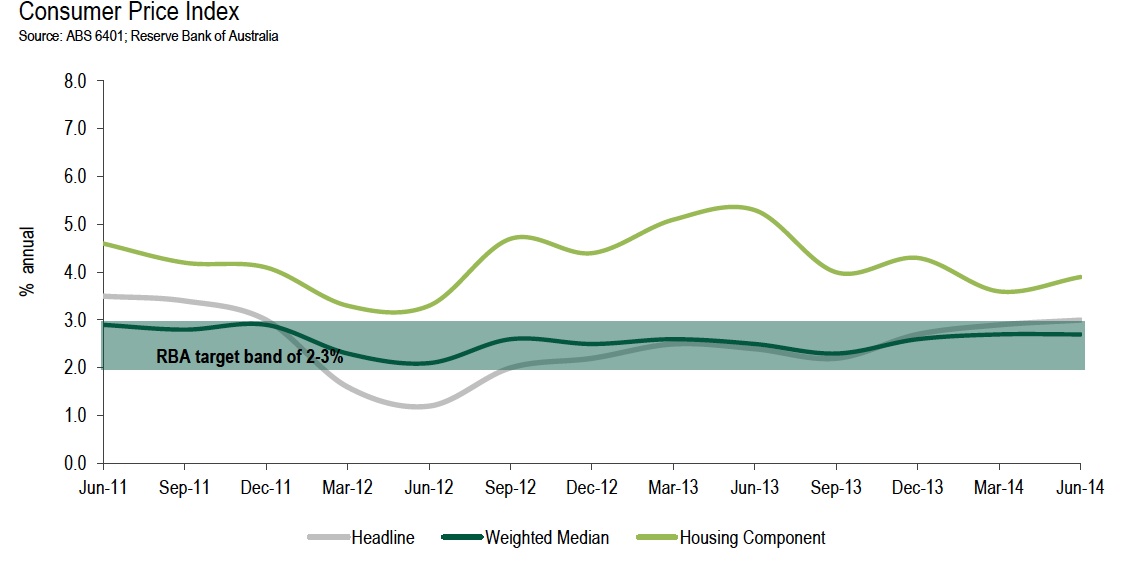 HIA Senior Economist, Shane Garrett made the following comments on the inflation result:

“Today’s data do show that inflationary pressures in the economy are increasing slowly,”’

“However, this is in line with expectations and the RBA will not be diverted from its low interest rate strategy on this basis,”

“The Australian dollar’s renewed strength is hampering growth in the economy’s traded sectors, and interest rates need to stay low to keep the dollar in check,”

“Low interest rates are also helping to stimulate demand in several important sectors of the domestic economy, including residential construction,”

“Both of these factors will make the RBA reluctant to increase rates for some time to come,”

“The RBA has repeatedly committed itself to a low rates policy for some time to come and there is nothing in today’s figures to warrant a change to this,”