The likelihood that the Reserve Bank board will cut interest rates is growing, according to RateCity’s monthly analysis of key economic indicators.

But a cut is unlikely to come in November, the research shows.

RateCity’s RateUlator analyses 18 economic indicators – both domestic and international – to predict the outcome of each RBA cash rate decision.

“Most of the key economic indicators point to a rate cut, but we’re betting that the RBA will bank it for another day,”

“All eyes have been on the property market as house prices have come off the boil and auction clearance rates have slowed.

“That, combined with all four big banks lifting home loan rates for the first time in over three years, leaves room for the RBA to cut.

“We believe Glenn Stevens will take the ‘wait and see approach’ for another month, but the likelihood of a rate cut is a very real prospect from December onwards,” 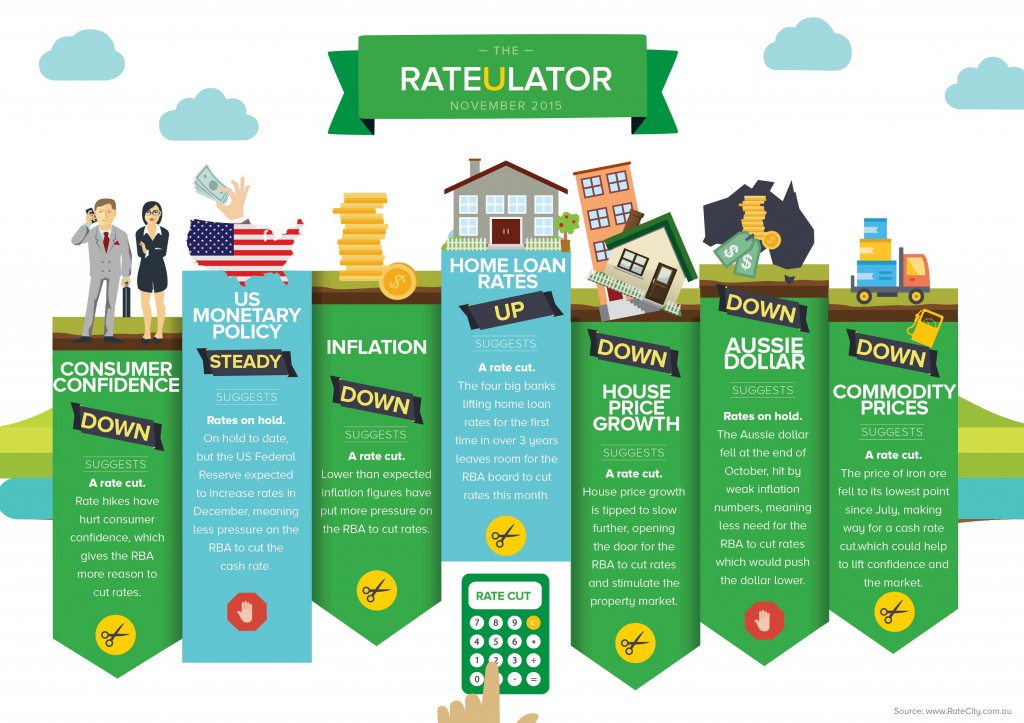 'Indicators point to rate cut, but RBA likely to bank it for another day [infographic]' have no comments