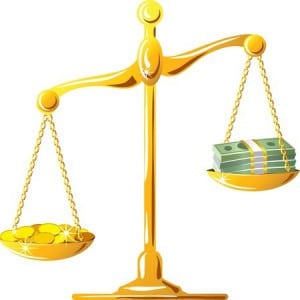 One option is to broaden the base of the G.S.T. and at the same time remove other taxes such as stamp duty on the transfer of property.

This  would add to simplicity and sustain future revenue

by: John Freebairn, University of Melbourne

The government’s tax discussion paper provides a comprehensive overview of current taxes and an excellent assessment of the pros and cons of each one.

But history tells us the community is more likely to accept tax reform that involves a package of numerous tax changes, rather than isolated changes to a single tax.

One option up for discussion is an increased GST.

This could help fund the replacement of more distorting indirect taxes. It could also help fund higher social security rates and lower income taxes, driving higher living standards for all.

The package we need

Indirect taxes to be replaced include state stamp duties on insurance.

A wider package of a broad based land tax and a larger GST could replace state conveyance duty on the transfer of property.

Removal of some indirect taxes, along with a broader base GST, such as the New Zealand model, would add to simplicity and sustain future revenue.

Recycling some of the larger GST revenue as higher social security payments and larger reductions of income tax at the lower end of the scale would offset the regressive effects of GST.

The 2000 reform package provides an illustration of a package which could be designed to garner broad support as sought by the current government.

The government’s tax discussion paper highlights the opportunity for fundamental tax reform to reduce distortions to economic decisions caused by the current tax system, to raise national productivity, and to raise living standards for all Australians.

State stamp duties are estimated to have a marginal excess burden of 70 cents per dollar of tax revenue versus about 20 cents for the GST.

The “marginal excess burden” is a measure of the loss of society wellbeing over and above the dollar transfer from taxpayer to government of raising an additional $1 of tax revenue.

It is caused by tax induced changes to decisions on, for example, work versus leisure, what and how much households consume, and the level and composition of investments in machinery, technology and housing. 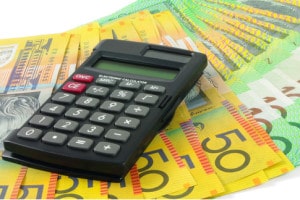 Replacing stamp duties with a larger GST would provide a net gain of about 50 cents per dollar of tax revenue; a massive gain in national productivity.

Smaller gains in living standards, but still significant gains of the order of 20 cents per dollar, are available from shifting the tax mix from income tax, which falls on both labour income and capital income, to a consumption tax, which reduces the tax burden on capital income.

A comprehensive and broad based GST, along the lines of New Zealand, would simplify taxation, especially for small business, and provide a revenue stream which increases at about the same rate as national income.

Less than a half of a comprehensive base of consumption is now subject to GST. Further, the untaxed share has been increasing over the last decade.

Vertical fiscal imbalance where the states (and territories) depend on the commonwealth for more than a half of their revenue is a contributor to blame shifting and government inefficiency. A larger GST, and net of the replaced state stamp duties, is one reform option to increase state own-source revenue.

The GST and equity

Reform with a larger GST in isolation is not a viable option.

Bringing food, education, health and water into the GST net, and/or raising the GST rate, is passed forward to households as higher prices and a higher cost of living.

To the extent that the reform package involves replacement of existing indirect taxes, including state stamp duties, with a larger GST, the net effect on the average cost of living is relatively small. For example, higher food prices are offset by lower insurance premiums.

Where, as proposed, the reform package involves also a tax mix change from income to consumption, the package would result in an increase in the average cost of living.

Importantly, the cost increase would be greater at lower income levels.

Some of the revenue windfall of a reform package that increases net indirect taxation (that is, the GST less indirect taxes removed) and reduces income tax can be redistributed to meet equity objectives more directly and explicitly than exempting particular items of expenditure from the GST base.

An increase in social security rates to offset the increase in the average cost of living of recipients, and reducing income tax rates at the lower end to increase disposable incomes, must be an integral part of the reform package.

As an important bonus, appropriate compensation for the one-off increase in the cost of living negates the need for compensating increases in wages.

The proposed reform package involves both commonwealth taxes and state taxes, and it would alter current revenue transfer arrangements between the commonwealth and the states.

Then, achievable reform has to have involvement of the states as equal partners.

Clearly, there are many options about the details of the proposed tax reform package.

These include how broad a GST base, what rate, which current indirect taxes to replace, and perhaps as part of an even broader package, specifics of the social security compensation and the reformed income tax rate schedule, and revised commonwealth-state finances.