Recently the International Monetary Fund (IMF) updated its ‘World Economic Outlook’ reporting a cut to their world growth forecast for 2012.

They expect Europe will fall into a mild recession which will affect other parts of the world including the USA, emerging markets, and developing countries.

Projected growth in the advanced economies has been revised down to 1.2 percent this year and 1.9 percent in 2013, but it’s not all bad news.

They don’t see a global recession on the horizon, in fact the report suggests global economic growth in 2012 will be 3.3 percent.

What does this all mean?

The New Year has already brought us a heap of confusion and concern. It’s a tug of war out there with all the mixed messages.

So I’ve asked Rolf Schaefer to give a detailed assessment of the world economy and what it means to property investors in Australia at our upcoming National Property and Economic Update 1 day trainings we are conducting round Australia next month.

If you haven’t reserved your place yet, please click here, find out all about these trainings, the $300 + of bonuses and my personal money back guarantee. Then reserve your place now.

It’s a complicated world out there So what are the experts saying about the coming year ahead?

Rolf also gave a short summary in our recent Webcast. If you haven’t listened to it yet, please click here and download a copy of this audio program where I asked 5 leading Australian experts give their forecasts on the property markets around Australia and what the common mistakes they see investors make – so you can avoid them. 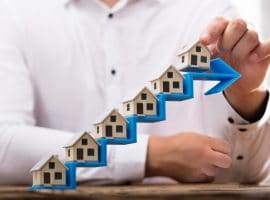 'IMF says the world economy will slow, but no recession in sight' have no comments