When I was 15, my parents taught me how to drive.

It was a terrifying, stressful experience. 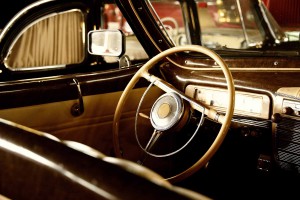 I swerved in and out of lanes, slammed on the brakes, and sucked at the whole process in general.

I still feel bad for putting them through that.

I knew the rules.

I watched how they did it.

But when I got behind the wheel, I felt completely out of control and I didn’t really get anywhere.

Sure, I could drive around a parking lot (barely), but at 15, I couldn’t imagine ever getting on the highway or taking a road trip.

You can follow all the rules–pay yourself first, set up the right bank accounts, draft a seamless budget–but if you don’t feel in control, you won’t get very far.

I saved it, paid my bills on time, and made sure I could cover rent.

Why Control Is Crucial

In other words, being good at something and mastering it are two different things.

To master something, you need to feel in control.

The more power I felt over my finances, the more my financial situation surprised me.

I paid off that student loan quicker than I expected.

I started earning more money than I ever thought I could.

My net worth grew.

In other words, you can do all the right things with your money and get by, but a sense of control allows you to make strides you may not have thought were possible.

My sense of control didn’t happen overnight–it was a gradual process, and I still feel out of control sometimes.

Still, if I could go back and give my 20-something self financial advice, it wouldn’t be to save more or open an IRA.

Those are important habits, but habits work best when fueled by the right mindset.

If I could go back, I’d tell myself to focus on feeling in control, even when it seemed impossible.

“Scarcity Mindset” Is the Enemy of Control

As opposed to control, most of my financial habits were fueled by fear and scarcity.

For a long time, I saved because I was afraid of losing my job, not because I wanted the flexibility to leave that job at some point.

I lived below my means because I was terrified of not being able to pay my bills, not because I wanted to afford a better lifestyle later.

Fear worked in my favor for a while, but how much more effective would my habits have been if they were motivated by empowerment?

For example, out of college, I started an entry-level job that didn’t pay much.

A year later, I found a job that paid double, and I almost didn’t take it.

Why would anyone not take a better job that paid twice as much?

Because I was scared.

I was terrified, actually, that the job wouldn’t work out and I’d have nothing.

“You’re lucky you even have a job,” I told myself.

That probably seems stupid to you, as it does to me now: I almost neglected to move forward in my career because I was afraid of losing the little I already had.

That’s not exactly the mindset you need to move mountains.

However, I took the leap.

I decided to ditch that fear, take the risk, and as a result, I doubled my income.

The same goes for asking for a raise.

For years, I neglected to ask for more money because I was afraid of losing my job.

I was afraid clients would think I was greedy.

Once again, fear got in my way, and it wasn’t until I embraced the risk that I started to earn a decent income.

Embrace the Power of Decision-Making

I’ve touched on this concept before, but if you want to feel in control, decisions are everything.

And it’s less about the decisions you make and more about the act of making decisions, period.

You want to make the right choices, yes, but giving yourself the power and permission to choose is what makes you feel in charge of your money. 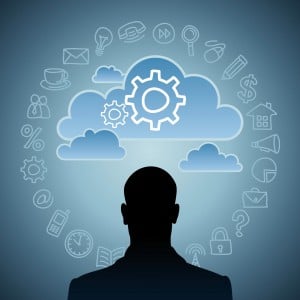 I realized that I made a decision, and that decision affected my financial situation.

For example, when I took the job paid double, it obviously, that gave me a financial boost: I earned about $25,000 more.

That was great, but the boost to my confidence and sense of control was priceless: I realized that I made a decision, and that decision affected my financial situation.

That power, sparked by the act of making a decision that affected my destiny, motivated me to do other things down the road: ask for even more money, seek out other opportunities, and even start my own lucrative freelancing business.

If you’re struggling with debt, your choice might simply be the method you use to tackle that debt– Snowball or Stack.

Both options work for people, and sure, you might choose a method doesn’t work so well for you, but that’s okay–choose again.

Specifics are important, but again, it’s the act of putting yourself in the driver’s seat that makes the biggest difference over time.

Make Choices That Keep You in the Driver’s Seat

On the other hand, it’s easy to take this advice too far.

Let’s say you choose to spend money on a car you can’t really afford because you want to beat the scarcity mindset.

When you drain your bank account, you won’t feel very empowered.

I maintain power over my finances by avoiding decisions that make me vulnerable.

To balance this, I maintain power over my finances by avoiding decisions that make me vulnerable.

You want to be strategic about your choices in that you want to make choices that keep you in the driver’s seat.

For example, my fiance and I recently bought a home, and we looked at one that was absolutely gorgeous and perfect.

I did the math, and we could afford the mortgage, but our finances would be stretched thin and we’d have to stick to a tighter budget. 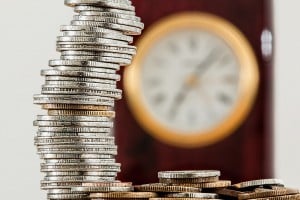 It was a gorgeous home, but it wasn’t worth giving up my sense of control and freedom.

Buying that home would have made me feel like the home owned me, instead of the other way around.

Like anything that involves your mindset and behavior, all of this is easier said than done.

It took me years to cultivate a sense of control–this was an extremely gradual process.

Now that I know how important it is, though, and what it takes to develop it, it’s so much easier to embrace.

'If You Want to Master Your Money, a Sense of Control Is Crucial' have no comments