As investors we strive to gather facts and make hefty decisions in light of the evidence.

We pride ourselves on being logical, focused, and non-emotional. 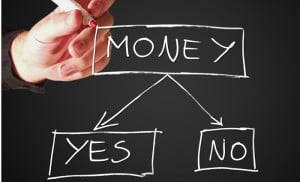 So, you can imagine my surprise when I heard two share traders talking about how money isn’t really all that important.

“People make too much of a big deal about money.
It really doesn’t matter that much.
I mean it’s not like the rich people end up with kids who are more intelligent is it?” said one to the other.

Well, I have to say, that comment got me thinking.

Do the children of people with money have more advantages in life than the kids of the least well off?

Just what do the facts say?

There was a study by Michael Marmot, based on 17,200 babies born in the UK in one week in April 1970 to look at just this very question.

Significant health inequalities existed between the poorest and the richest groups for a start.

For example, even if you exclude the richest and poorest 5% of people in England, the richest remainder can expect to live 6 years longer and enjoy an extra 13 years free of disability.

And that’s not all.

It ends up that babies with low IQs at 22 months who were born to rich and well-educated parents had caught up by the age of 6 with kids who started out with high IQs born to those with parents less well off and educated.

Oh my gosh – read that sentence again! Far out!

By the age of 10, the kids from the well-off parents were still progressing well with IQ tests, whereas the less well-off group were falling further and further behind.

These findings have been duplicated in other studies as well (Robert Wood Johnson Foundation April 2009).

So as an investor, what does this mean to you?

Holy beegeebeez, when you’re planning to significantly increase your wealth, you’re not just doing it for yourself!

You’re also creating a ripple effect that spreads beyond your own generation, and could directly affect the IQ of your own children.

Next time someone tries to convince you that money isn’t important, you’ve now got some ammunition.

You are different from the majority.

You’ve taken action by reading this e-magazine and working on your own education.

Remember – it’s not just for your benefit.

It’s also for the benefit of those you love.

It’s no accident that you’re receiving this newsletter.

You can sense that you’re in the right place, and that this feels like home.

You see a good idea, and you jump on it.

You know that you are destined for more in life than you’re currently achieving. 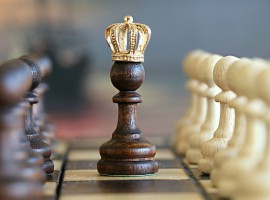 Another 20 Success Habits of the Rich 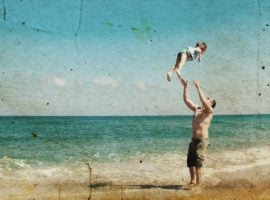 What Makes a Super Dad

'If you think money’s not important, think again' have 2 comments