I want a better deal – take it or leave it!

Have you ever had someone say this to you?

I often hear people at my workshops say to me:

“Everything was going well, we’d been talking for weeks and then suddenly when I thought we were about to put the deal together, they wanted to negotiate a better deal.  I didn’t know what to do!”

So what should they do?

I am often asked if I have some kind of “Silver Bullet” cure to solve this problem.

The truth is, there is no one simple answer to this question.

A better question to ask is,

“How do I avoid ending up with a situation like this?”

You see…this situation is NOT the negotiation

It’s the end result of the negotiation. 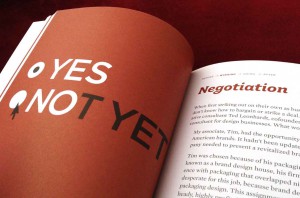 It’s the symptom, NOT the cause of the dilemma.

However it’s not all over for this person if you possess some good negotiating skills.

It’s not too late to salvage the situation.

A better strategy would have been to avoid getting into this situation in the first place.

The problem is most people do not understand that negotiating is a process, not an event.

“It was all going well for 2 hours until the end, and then they wanted to negotiate.”

I’m sorry but I’ve got some bad news for you if you’ve ever felt this way.

The negotiation did NOT occur at the end of the 2 hours.

It began at the beginning of the interaction with this person and if this person is a good negotiator, it actually began long before the person started talking with you.

Too many people fail to understand this, and end up with an event called “being pressured for a concession”.

They think that this is the negotiation.

They been negotiating for 2 hours and just didn’t realise it!

So what can you do to avoid ending up as “Shark Bait?”

How do you avoid being forced into an unprofitable deal, or even losing the deal altogether?

Here are a few quick thoughts. 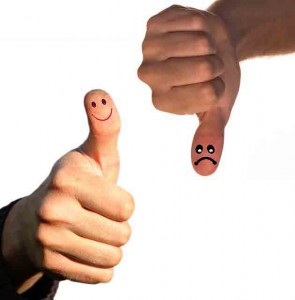 It doesn’t come naturally in our culture.

It’s a skill that you should develop if you are serious about your career in sales or to become a top property investor.

Not having these skills is costing you big time in lost deals, lost profits, lost dollars and lots of stress.

By the way, many of the people you deal with these days ARE developing these skills – ON PURPOSE.

They are not just playing it by ear.

Next important thing to do is…

There are 6 stages in every negotiation.

We don’t have the space here for a full explanation of each of these phases, however realise that all negotiations involve these phases.

They can take seconds, hours, days or months depending on the negotiation. Learn about them and understand what happens in each phase.

3. Know that you have more power than you think in every negotiation

The problem is most people think that the person they are negotiating with has all of the power.

There are more than 20 sources of power in most negotiations. Problem is if you don’t know what they are, you will feel helpless. Find out about them.

4. Beware of the ploys, gambits and dirty tricks

However it’s a game where you can get hurt if they don’t understands the moves, the ploys, the gambits and the dirty tricks that people use.

I teach people how to spot and counter more than 30 “popular” ones. If you don’t understand them, learn about them.

Wayne is a best selling author and Australia's own TOP GUN Sales Coach. He is ranked in the top 7% of professional speakers in the world by the USA based National Speakers Association. He is an in-demand speaker on sales, negotiating and sales management.
Visit www.topgunba.com.au

'I Want A Better Deal – Take It Or Leave It!' have no comments