While the Reserve Bank was kinder to home owners and investors than it has been for some time at its August 3rd meeting, deciding to hold interest rates at the cash rate of 4.5%, there is still a lot of conjecture among economists as to just how high interest rates might climb over the next two years.

Only a few months ago, leading economists were claiming that a rapid decline in unemployment figures and escalating commodity prices would see our inflation rate soar over 2010/2011, forcing the RBA to up interest rates in an attempt to keep a lid on our overheating economy. After interest rates were increased six consecutive times over eight months, many forecasters were predicting a horror retail rate of 10% by 2012.

In April this year, Macquarie Bank and Commsec economists both forecast a cash rate of “pre-crisis highs” around 7.25% by 2012 if the economy continued to rebound as strongly as it had during the first half of 2010. With banks expanding their profit margins during the GFC, this would see variable mortgage rates climb to 10.1%; the highest they have been since 1996.

While Macquarie suggested that a booming labour market would cause the RBA to take such drastic action, Commsec claimed that rising iron-ore and coal prices (causing another commodities boom), would be the primary reason for the RBA to put the brakes on our fast paced economy with such extreme force.

Understandably these reports caused growing concern among homeowners, particularly in the traditional “mortgage belt” outer suburbs where borrowers are often highly geared. If rates were to hit 10%, this would mean a $300,000 mortgage that was costing a borrower $1887 per month when rates were at a low 5.75% just last year, would jump to $2726 – an increase of $839 per month.

If this “worse case scenario” were to occur, Fujitsu Australia’s “mortgage stress” index predicts that 1.1 million households would struggle to make their repayments.

Of course such an outcome begs the question; just what would all of this mean for property values?

Honestly, the jury is still out on that issue; some suggest that our ongoing housing shortage and increasing population will provide a firm base for housing values that could see a slight decline, but nothing resembling an alarming crash even if interest rates did start climbing again.

While others warn that those first home buyers who took advantage of the increase in the first home owner’s grant last year would struggle to meet their commitments and be forced to sell, leading to a rapid fall in property prices.

Fast forward a few months however, and it’s a whole different ball game with a much more optimistic spin. So should we worry about the future of interest rates, or do we take the latest developments as a good omen and remain confident in our housing markets?

Of course it’s difficult to know what’s around the corner for Australia’s economy – particularly given we are fast approaching a federal election – but many economists have done an about face and now expect interest rates to remain on hold until November at the very least, when the next inflation figures are released.

This more favourable prediction comes as the inflation rate fell to 2.7% for the June quarter, well within the RBA’s target range of 2 to 3%.

Seemingly, Australia is in the throes of a two speed economy which is helping to keep inflation in check and ensure the RBA don’t sting us with yet another rate rise in the near future. While the commodities sector continues to enjoy boom conditions – even though there has been a slight decline in demand from China as they attempt to keep their fast growing economy under control – the retail sector has slumped significantly.

Adding to a more optimistic outlook for interest rates were comments from Reserve Bank governor Glenn Stevens who said, “The current setting of monetary policy is resulting in interest rates to borrowers around their average levels of the past decade.

“With growth likely to be close to trend, inflation close to target and the global outlook remaining somewhat uncertain, the board judged this setting of monetary policy to be appropriate.”

In fact with inflation seemingly under control, many strategists have put a more positive spin on their previous, dire forecasts.

In a recent statement to news group Reuters, Macquarie Bank’s Rory Robertson said with regard to the RBA’s decision to hold rates for the time being, “There’s not a lot new in the statement. Last week’s CPI [Consumer Price Index] told the story – with inflation clearly under control they were always going to be comfortably on hold.

“They are likely to stay on hold for the next few months at least, and probably well into 2011. It would take a really disturbing inflation reading for Q3 [the third quarter] in late October to get them moving again.”

There’s no doubt that interest rates will begin to rise again, but not quite as soon as many were predicting just a few months ago.

In my opinion, now is a good time for investors and home buyers to hedge their bets against potential further rate rises and consider fixing part of their mortgage. With the difference in variable and three year fixed rates currently only 0.5% in some instances, considering structuring your borrowings so that 50% is fixed for a three year term could prove to be a smart move and provide some insurance against the inevitable rate rises that will occur down the track.

To find out how much you can borrow or to learn more about how Metropole Finance can help you click here to book a complimentary free  phone consultation.

Rolf is Director of Metropole Finance and has twice been voted Australia's leading finance broker. He shares his wealth of knowledge about how to best use property finance to fund investments.
Visit Metropole Finance 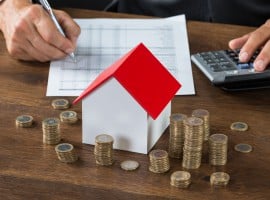 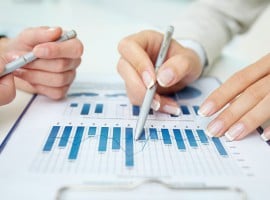 'How quickly things can change when it comes to interest rates!' have no comments