National debt is one of the most debated issues in politics.

After the global recession, people began questioning debt and the implications of too much debt.

While some country’s have high debt and some have low, a better measure is the amount of debt dividend by population.

Take a look at the map below to see “the snowball of  debt” and see how much people in each country owe towards their country’s debt.

The trend in the chart is pretty clear: wealthier nations have more debt.

Japan, Ireland and Singapore are above the trend, with Japanese people in particular owing a lot towards their country’s debt.

Here are the countries where people owe the most debt per person: 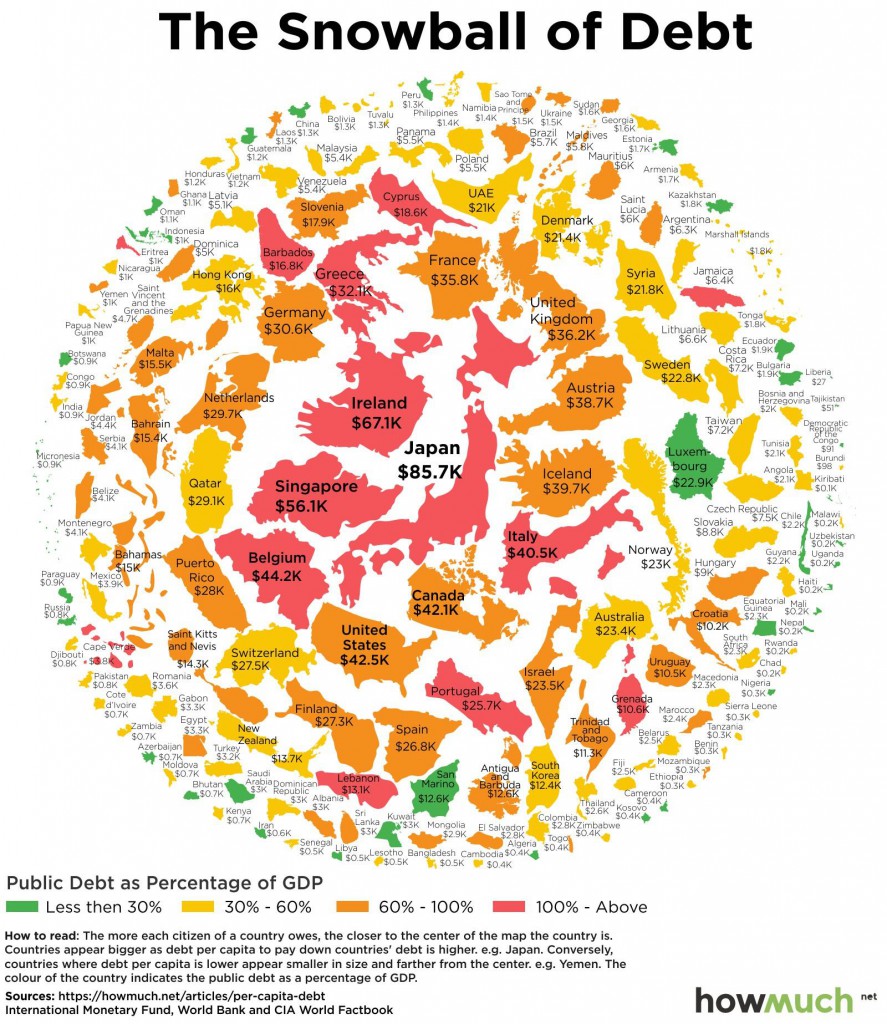 Countries where people owe the least

How Much of Your Country’s Debt Rests on your Shoulders via Howmuch.net

'How Much Government Debt Rests Upon Your Shoulders? [infographic]' have no comments