How long till Melbourne has a median house price of $1million?

Well… that $1 million median may happen sooner rather than later according to Dr. Andrew Wilson, chief economist for Domain.

In fact he’s having a little fun with this prediction and has put a countdown timer on his Facebook page – you can check out the latest estimate by clicking here.

Dr. Wilson is anticipating price growth of 3 per cent a quarter for the next year and a half, which would mean Melbourne’s median house price could surpass $1 million by the end of next year.

Blame it on the first home buyers boost

Dr. Wilson believes that Victorian governments  upcoming raft tax reductions for first-time buyers, including waived stamp duty on homes up to $600,000 and concessions for more expensive homes, will cause property prices to boom in Victoria.

“When there is a change in the tax mix it can have a sharp short-term impact on the market,” Dr Wilson told Domain.

“First-home buyers purchasing cheaper properties would likely “activate” upgraders in the market, who would then spend more for their next property, pushing up prices.

He pointed to rapid price growth from 2009 to 2010 as an example of what could happen as a result of first-home buyer assistance.

During this time, thousands of dollars in incentives were provided to first-home buyers to buy into the market.

And what many did was buy established properties from home owners who happily took their money and upgraded their homes thereby pushing up house prices in the next tier of more expensive properties. 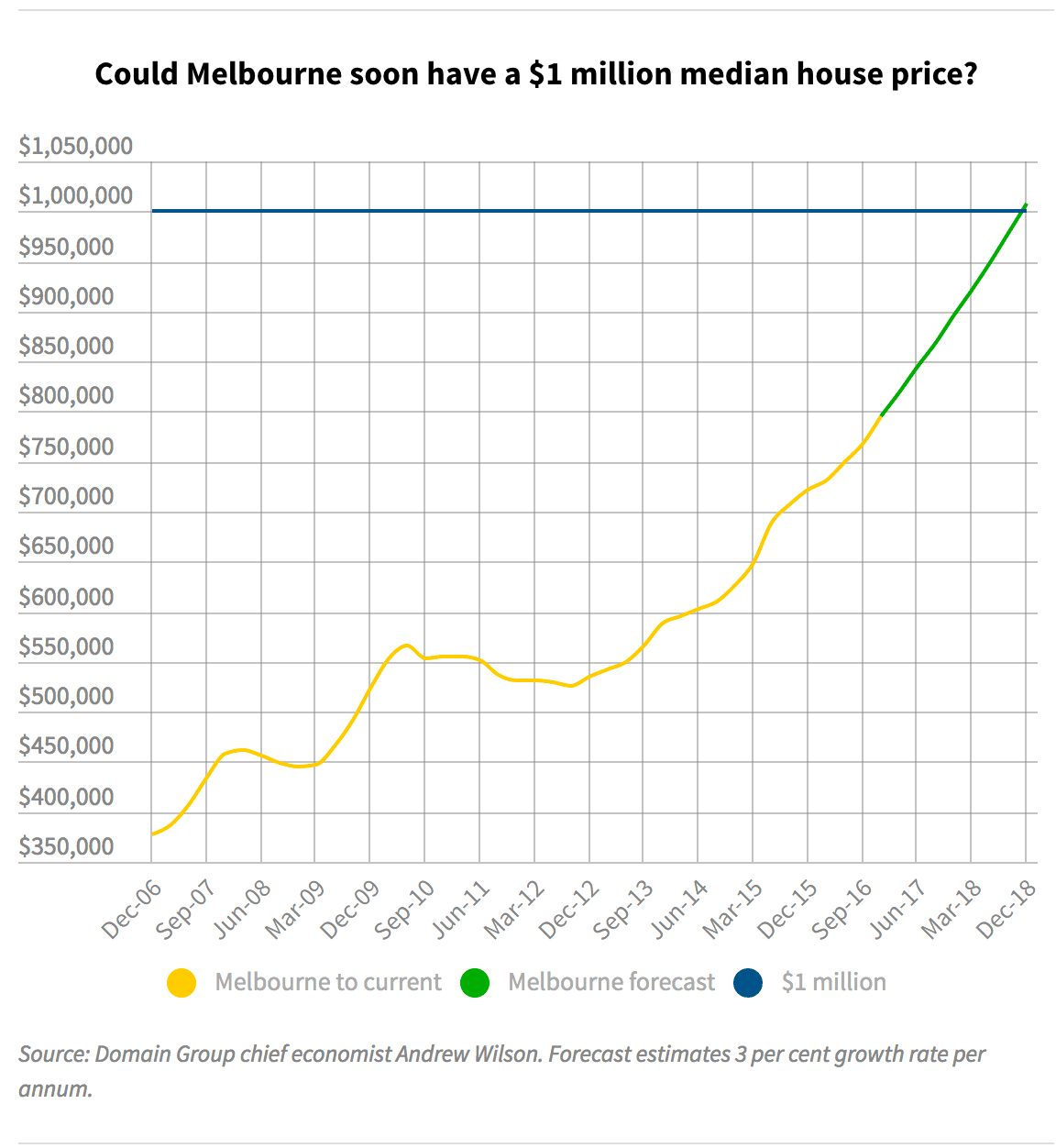 Look how many suburbs have a median over $1 million:

According to the REIV Melbourne had 120 million dollar suburbs at the end of last year, up from 104 in September, only 3 months earlier.

Twenty new suburbs entered the list for the first time in the December quarter with a median house price of $1 million or more.

So when will the overall median price in Melbourne hit $1million?

No one really knows, but all signs point to another year of strong growth in property prices.

Of course predictions like this will engender two types of reactions – you’re either going to rejoice at the statistics or go home and cry  — depending on which side of the home ownership equation you’re on.