My, there’s been a lot of spirited debate about mortgage stress lately!

For what it’s worth, I expect to see reported mortgage arrears rising from here, though it doesn’t automatically follow that the outlook is therefore deteriorating.

To show what I mean, below you can see that the sharp rise in the unemployment rate during the financial crisis led to a corresponding increase in non-performing housing loans over the following 24 months, if not to a particularly high level.

The impact of loan arrears wasn’t immediate, since most mortgagees have a certain level of savings, a buffer, or another contingency plan in case of a period of unemployment.

But where the unemployment rate stays elevated for a sustained period, this is likely to be reflected in mortgage arrears over time. 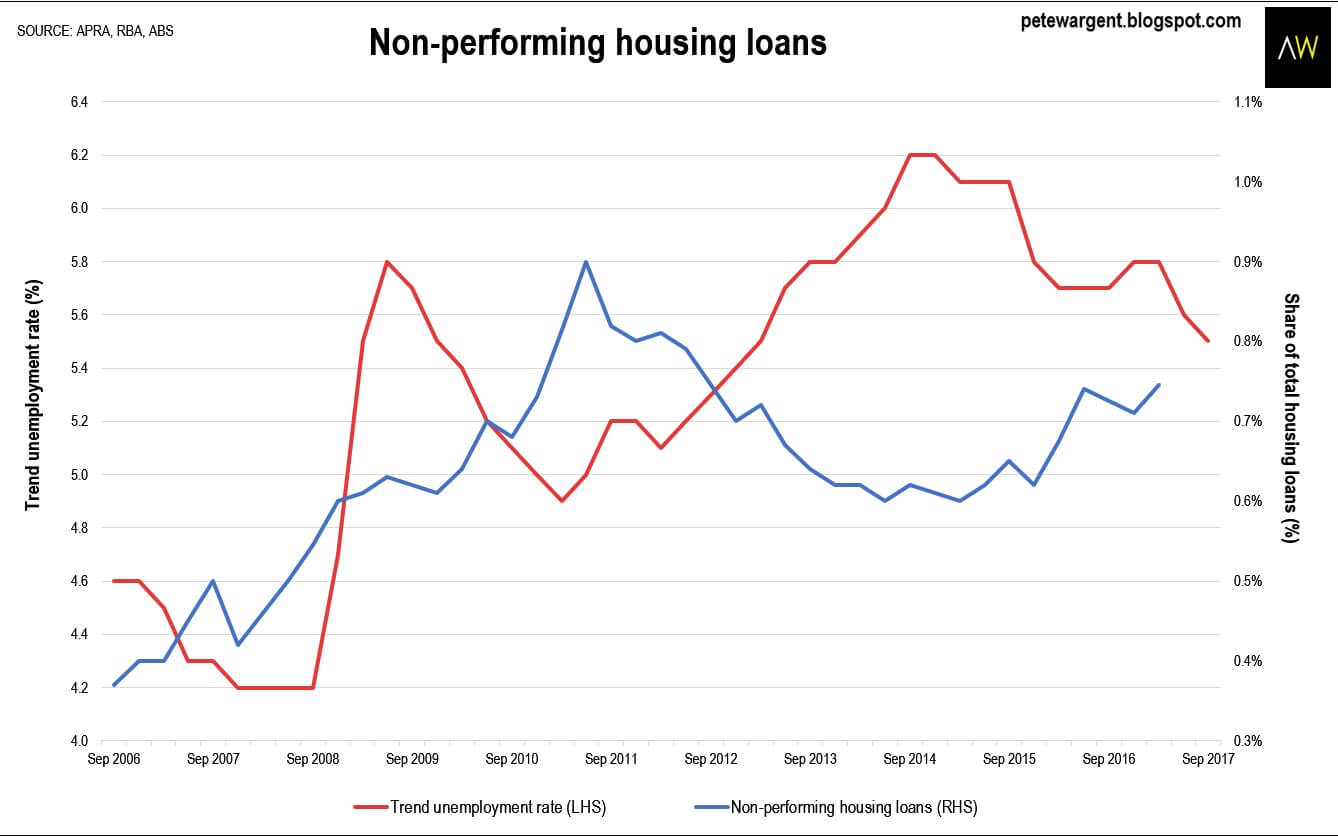 Each cycle is likely to be somewhat different from the last, but recently implemented macroprudential measures and tightening of interest-only lending rates might see arrears rising further towards 1 per cent.

Since the peak of the resources construction boom in mid-2012, the unemployment rate increased steadily to a monthly peak of well above 6 per cent in late 2014.

The good news is that, after a relatively gradual increase, the rate of unemployment has been trending lower for the past three years, and to date there has only been a modest rise in non-performing loans, mostly in Western Australia and parts of Queensland.

However, the lag effect suggests that further increases may well follow, at least for a while.

Arguably underemployment and underutilisation are at least as important indicators, but as charted here previously, in volume terms these measures have been improving too.

Thus, within the next few years, we may well see mortgage arrears begin to ease again.

Of course, there are more factors are play than unemployment rates – trends in dwelling prices, wages, rents, vacancies, and mortgage rates, to name but a few – but if underwriting standards are as stringent as claimed, then stress testing should mean that most borrowers can comfortably cope with potential interest rate hikes.

This week the Reserve Bank of Australia (RBA) will release its Statement on Monetary Policy (SOMP), which will forecast the unemployment rate trending slowly lower over the next couple of years back towards 5 per cent, albeit at a very gentle gradient. 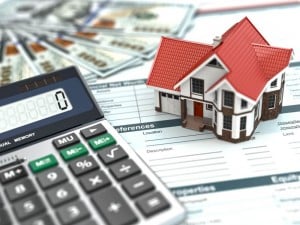 Housing markets are granular, of course, and headline figures mask divergent underlying trends, such as emerging mortgage stress on the urban fringes.

It’s important to note that unemployment rate is itself a lagging indicator, and even the most carefully prepared forecasts are prone to wide margins of error.

For example, the RBA’s 90 per cent confidence interval will likely take in a scenario whereby the unemployment rate soars towards 7 per cent over the next couple of years, suggesting that a genuine shock could lead to disarray.

Cashflow profiles may have been altered as households accelerate repayments and build up mortgage buffers, but to date overall arrears remain low, and the economic tides appear to be slowly turning for the better in Western Australia and regional Queensland.

'How high will mortgage arrears rise?' have no comments