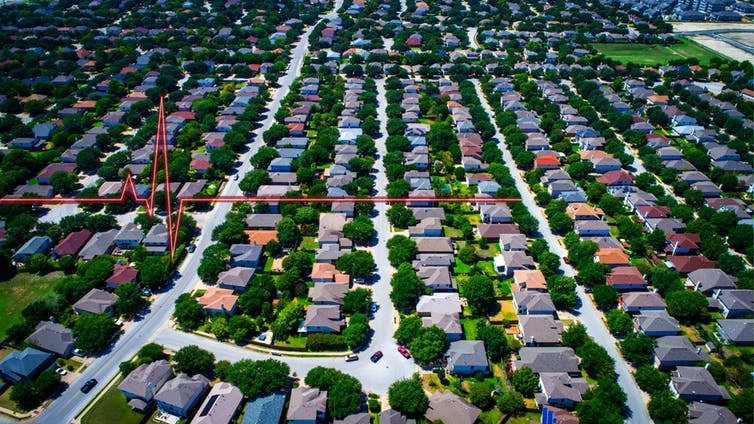 Housing sales activity slumped during the housing downturn, however the recent trend shows turnover has levelled out as home values rise and mortgage rates reach the lowest level since the 1950’s.

While housing sales activity slumped during the housing downturn, the recent trend shows turnover has levelled out as home values rise and mortgage rates reach the lowest level since the 1950’s.

Although the housing market appears to have moved through the bottom of a near two year downturn, sales activity remains well below normal levels. 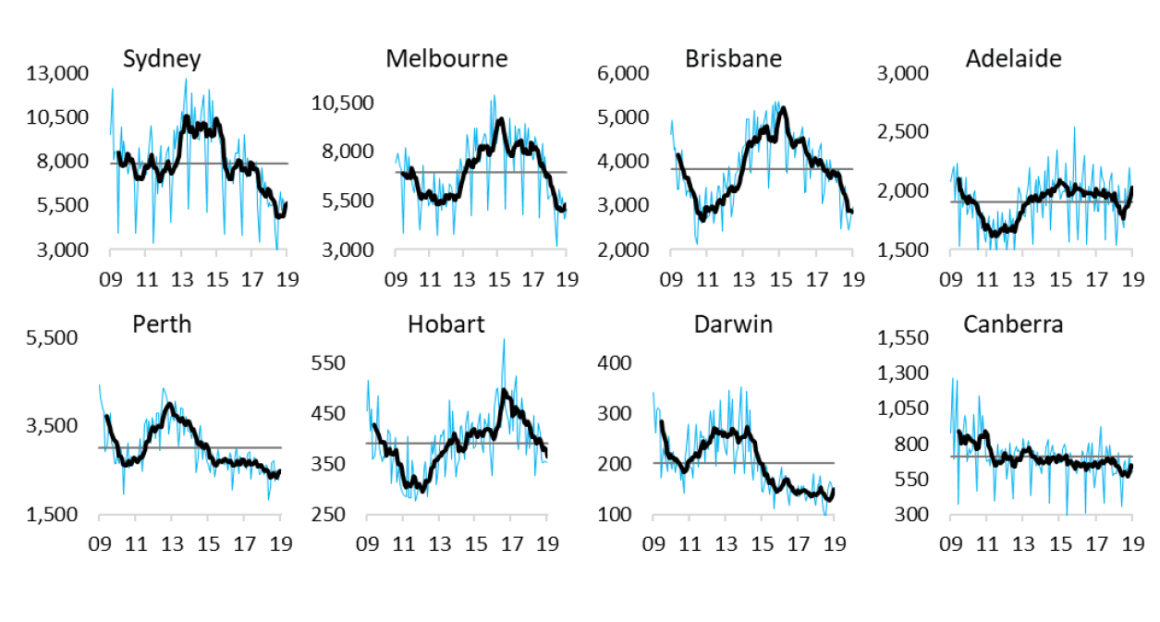 The good news is that home sales appear to be stabilising, albeit at a low base.

The six month trend has found a floor at around the same lows recorded during the previous two downturns in 2008 and 2010-12.

The six month trend has been tracking higher since June 2019, in line with a recovery in home values.

Such a large reduction in market activity has implications for the economy, especially from a consumption perspective.

With both values and volumes falling, state government stamp duty revenues have experienced a big hit, and of course we see real estate industry and finance sector participants receiving less income based on lower rates of sale and lower values.

The drag on economic growth is compounded when housing values fall, as the wealth effect moves into reverse and households are less inclined to spend on discretionary items.

There isn’t a single trigger for the levelling in sales activity; in fact we can point to a variety of factors that have supported a turnaround in conditions.

A boost to confidence following the federal election, which removed a lot of the uncertainty around housing tax reform.

Also, lower mortgage rates and policy changes from APRA which relaxed home loan servicing tests for borrowers were other likely factors driving the rebound in activity.

Additionally there is the improvement in housing affordability driven by the 8.4% fall in housing values nationally.

Most of the capital cities have seen either a stabilisation in settled sales activity or a rise in the trend rate of sales.

Housing turnover is rising the most sharply in Adelaide, with a more subtle improvement across Sydney, Melbourne and Canberra.

The trend in sales has stabilised across Brisbane, Perth and Darwin but is still trending lower in Hobart.

The fact that housing values are now under some upwards pressure while housing turnover remains low presents somewhat of a paradox.

One explanation for the low rate of sales activity comes back to constraints around stock available for sale.

As housing values continue to recover and the seasonal rise in listing numbers gathers pace we are likely to see sales activity also trend higher.

Credit availability remains the wildcard in a material bounce back in turnover.

Although credit policies have become a little looser, gaining loan approval remains a challenge for many borrowers, despite the lowest mortgage rates since the 1950’s.