The latest data and analysis of the Australian housing market reveals an overall subdued or negative performance across the country.

This is a likely result of a combination of things – such as restricted access to finance and sluggish economic performance, which in turn affects purchasing power and the confidence of buyers.

Table 1 presents the summary of growth, rent and sales data for February 2016, across the major housing markets. Historically, it is common that the February quarter sees subdued growth that is below the long term average, however it is unusual to see a negative result. 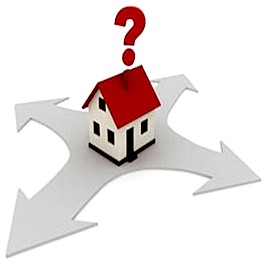 Quarterly growth in the Australian house market was -0.04% overall in February, while the unit market suffered a loss of -0.32%

Of the 32 major housing markets displayed in Table 1, 18 slipped into negative growth for the quarter.

Of the markets that achieved positive quarterly growth, it was mostly subdued rates of less than 1%.

Interestingly, Sydney, Melbourne and Brisbane saw a reduction in median house values in the February quarter.

This is likely the result of tightened access to home loans, which has encouraged a more rapid onset of the downswing in the east coast markets.

Melbourne’s growth cycles typically see two or three growth surges during the upswing stage, so this quarter’s retraction could just be a short term fluctuation.

The greatest capital losses for the quarter were again seen in Darwin, where the median house value dropped -5.68% and units declined -5.02%.

The key to this market is recalling its small size. Sales volumes across the Darwin market (houses and units) dropped 23% for the year, however the change in the number of sales was a decline of just 469.

The median houses value increased by 2.68% in the February quarter, while units went up by 2.00% in the same time period.

To put the various housing markets in perspective, Figure 1 shows the estimated dollar value of transactions in each capital city residential real estate market for the year to February 2016.

This was achieved by using the average sale price of houses and units in the year to February 2016, multiplied by the number of sales in the metropolitan regions for the year. Noting the small size of transactions in Darwin’s housing market – a hundredth of the value of Hobart’s housing market – enables understanding of the high growth fluctuations occurring in Darwin. Because the market is so small, big projects and investments have a large impact on the economy, population and subsequent demand for housing.

This can also be seen when comparing dwelling growth with growth in private expenditure[1], which is represented by the dark blue line in Graph 1. 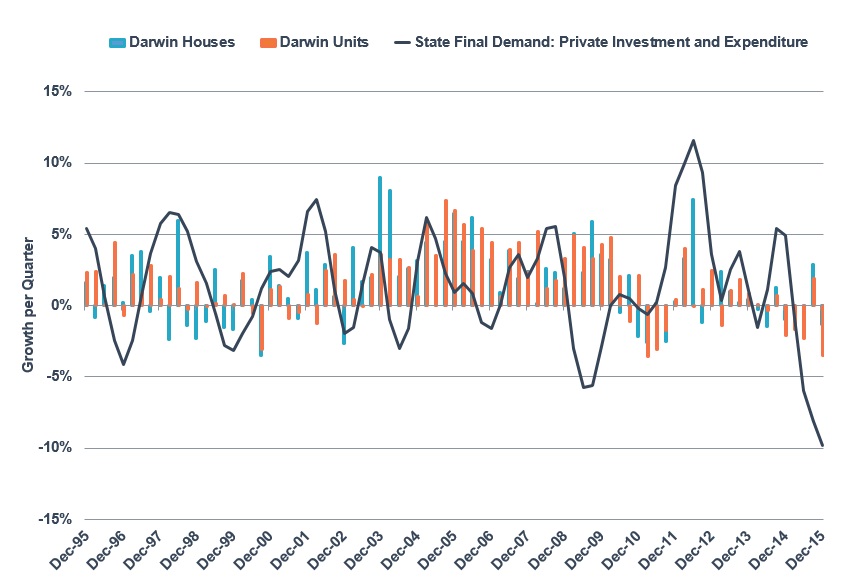 Movements in private fixed capital formation tend to lead dwelling growth, though generally by a lower multiplier, particularly in the last 5 years.

In turn, the changes in private fixed capital formation are influenced by resource projects.

With the construction phase of the mining boom over, economic growth and dwelling growth are likely to remain low or negative in Darwin, as the small, fluctuating economy stabilises.

In the quarter ending December 2015, private expenditure in Darwin suffered its largest decline in 20 years – which has led to significant dwelling declines in the first quarter of 2016.

'Housing Market in Slowdown' have no comments