There are just over 9 million private dwellings across Australia. 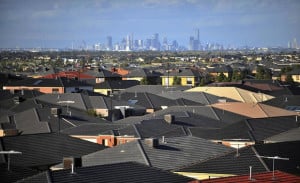 At any one time, about 85% or 7.8 million of them are occupied on a full-time basis.

I repeat, one out of every ten private dwellings across Australia are not used on a permanent basis.

They are “unoccupied”, according to the national statistician.

What is even harder to believe is that the number and proportion of unoccupied private dwellings have increased across Australia over the last ten years.

One would have thought that many owners would have either sold or rented out these underutilised assets.

But that doesn’t seem to be the case.

The quick reply to these numbers would be that most of these unoccupied dwellings are apartments in coastal markets like the Gold Coast and Cairns.

And whilst the proportion of unoccupied stock is higher in the regional coastal cities/towns – i.e. 13% on the Sunshine Coast; 11% on the Gold Coast and in Cairns, still 8% or close to 450,000 private dwellings in our eight capital cities are not being used on a regular basis.

Overseas investors who would rather lock it up and not rent it out?

There are, for example, 145,000 unused private dwellings in Melbourne compared to 120,000 across Sydney.

Some of our regional centres – and more so than our coastal markets – have a high proportion of locked-up dwellings.

These are mostly family holiday accommodation – the second home or “batches”, as they are called in New Zealand.

It seems a real waste, if you ask me.

We discussed this topic years ago and suggested that maybe, instead of a baby bonus, the government should have implemented a housing bonus, incentivising owners to fully utilise their housing assets.

Frankly, a stick would be better than a carrot, with much higher land tax being charged on those residential properties not under regular occupation.

We cannot keep handing out money!

Let me complete this Missive with some other related housing statistics.

I stress – there is nothing wrong with this.

But the official statistics show – again – that we continue to overcapitalise in our housing stock in this country.

We have more housing than we can poke a stick at!

'We have more housing than we can poke a stick at!' have 1 comment