The HIA-CBA Housing Affordability Index increased by 5.5 per cent in the December 2012 quarter, representing an 18.4 per cent advance on the same period of 2011.

“This is the eighth consecutive quarter of increase in the index, bringing it close to levels not seen since the depths of the GFC during 2009,” said HIA Senior Economist, Shane Garrett.

“For regional areas, affordability is at levels last seen during the early 2000’s decade. Affordability is on the increase in every part of the country,” added Shane Garrett. “This has been driven by the weakness of price developments as well as the two cash rate reductions effected by the RBA in the final quarter.

“It is worth noting that affordability would be even more favourable to householders had recent RBA rate cuts been passed on fully be lenders,” commented HIA Senior Economist Shane Garrett. “Despite the relative attractiveness of house purchase implied by these figures, transactions activity on the ground is very sluggish. This underlines the need for stronger interventions from the RBA in terms of interest rates and from the government with regard to the heavy taxation of home purchase”.

The HIA-CBA Housing Affordability Report recorded improved affordability in all seven capital city indices as well as improvements in the six indices tracking the non-metro regions of each state. (Note: Northern Territory is not included in the analysis) 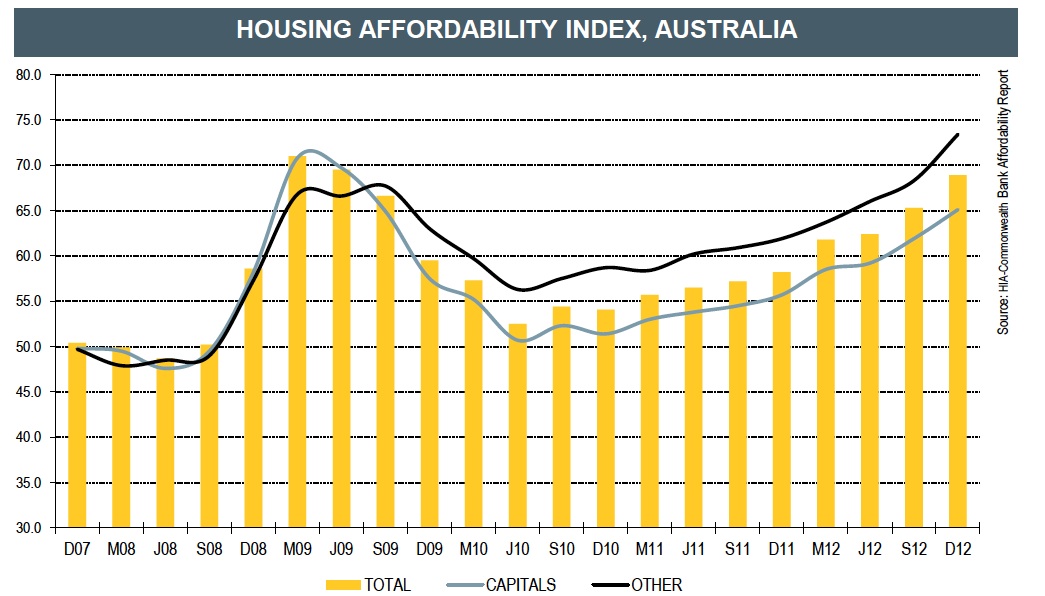