A while ago I came across some interesting graphs on Australian home ownership rates by Saul Eslake, Chief Economist at Merrill Lynch.

Despite all the cries of unaffordable housing the current home ownership rate around Australia is about 68%.

As you can see despite substantially lower interest rates since 1991 home ownership rates have fallen a little in almost every age bracket: 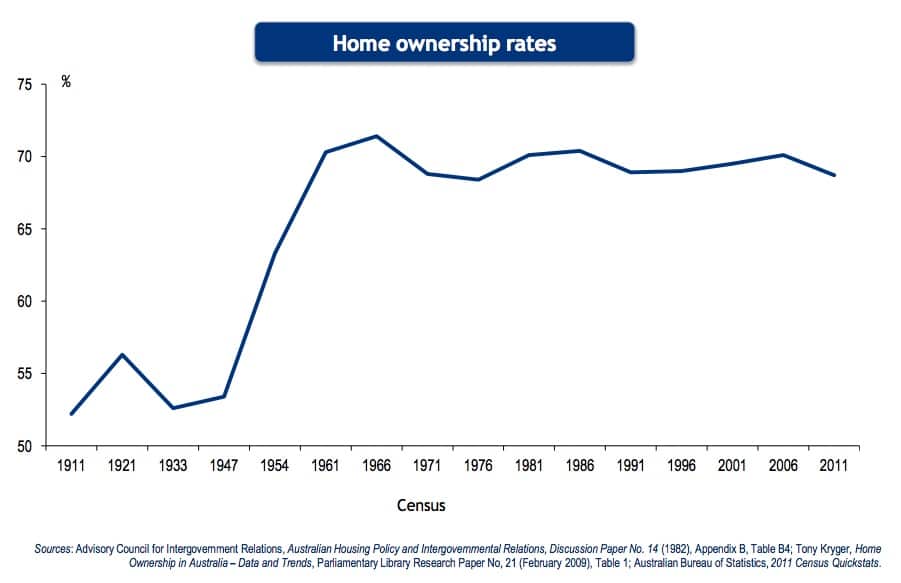 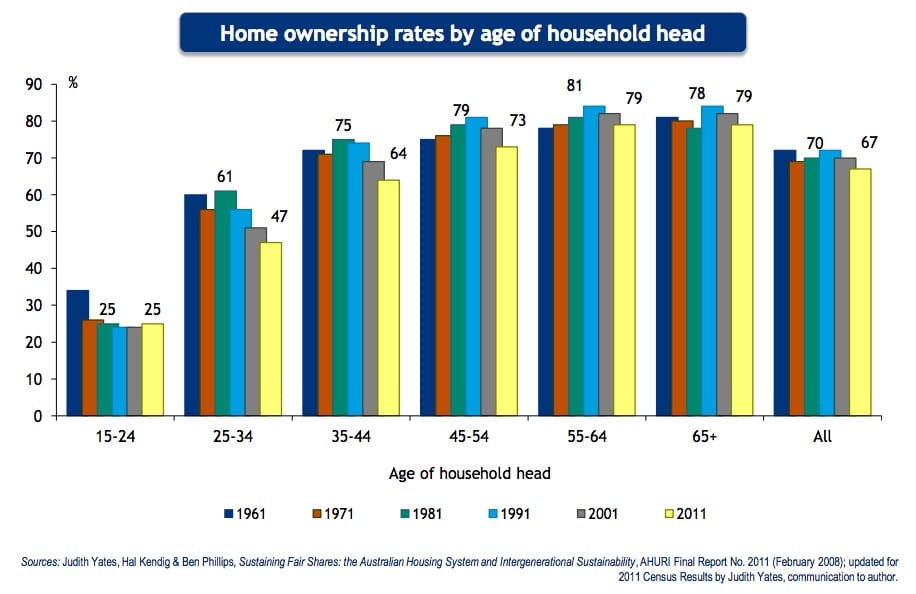 Clearly home ownership rates are falling, particularly in the younger age groups, but as I’ve mentioned in previous blogs many Gen Y’s are becoming renting investors – they buy an investment property or two before they buy their first home.

I remember years ago people predicting that the level of home ownership would drop significantly from around the 70% mark that Australian had been used to to much lower levels in line with other Western countries.

But we are getting into home ownership a little later in life than before.