9,551 homes were listed for weekend auctions over June at an average of 2,388 per weekend – a record offering for June.

The average for June was just below the 2,418 reported over May despite the distractions of the Queens Birthday holiday.

Melbourne recorded the highest number of reported weekend auction listings and, with Sydney, again produced new record results for the month of June.

National clearance rates have continued to ease from the record results reported over March but nonetheless remained at boomtime levels over June.

All capital with the exception of Brisbane recorded declines in clearance rates over June compared to May.

The Melbourne decline reflected the impact of covid lockdowns early in the month on the local market. Canberra and Adelaide continued as the top performers.

Auction prices also declined marginally over June with the median national weekend auction house price down by 2.9% compared to April.

All capitals reported declines in median weekend auction prices over June compared to May, with Brisbane the underperformer – down by 5.3%.

Weekend home auction clearance rates continue to ease over June although results clearly remain in favour of sellers in all capital city markets.

Covid lockdowns in Melbourne early in June impacted results in that market, although activity levels and clearance rates bounced back strongly by the end of the month as restrictions eased.

The other capitals also reported higher clearance rates as the month ended, however, the re-introduction of lockdowns will act to slow markets down over July, together with the usual distactions of mid-winter school holidays.

Despite these constraints, market activity generally is set to remain firmly in favour of sellers. 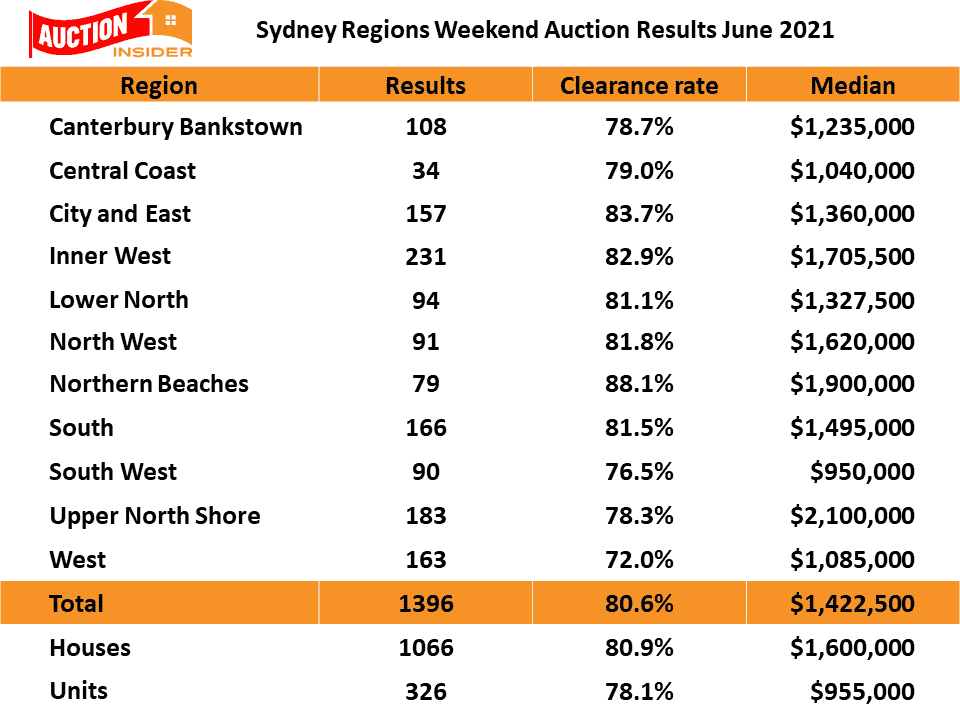 'Home Auction Records Shattered Over June' have no comments