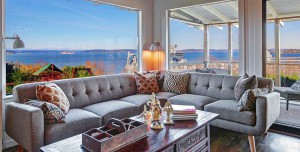 Australians have had a long held love affair with holiday homes, with many of us aspiring to enjoy the luxury of a second property by the sea to indulge in on long weekends or during our annual vacation.

However buying your own little piece of paradise as an investment is not going to make you millions and in fact, could cost you a lot more than you’d bargained for.

Research from RP Data that was published in The Australian, has revealed that home and apartment prices have dropped by up to 50% in many leading lifestyle markets over the past four years.

This rapid decline in asset values comes off the back of the sea and tree change push in the early noughties that saw extensive development in many coastal and regional communities that simply could not be sustained in the midst of the global financial crisis.

Because when things get tough, these types of lifestyle properties are the first to be sacrificed in order to rein in the purse strings, in turn creating a glut of stock in markets where there is little ongoing demand.

Currently we are also seeing forced developer sales in some of these areas, adding to the already saturated markets and this inevitably causes prices to fall further as desperate vendors reduce their expe 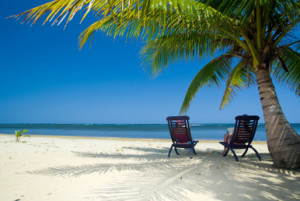 ctations and prices in the hopes of offloading unwanted debt.

RP Data found that of the ten lifestyle destinations analysed across Australia – from Margaret River in Western Australia to the Myall Lakes in NSW – properties were, on average, on the market for over a year before being sold or withdrawn from sale.

Analyst Dean Dransfield says, “In many locations lifestyle property is in a very bad place.

The problem is new year delivery of supply from sellers who have been waiting for the market to improve.

However, there is a sense prices may not have bottomed out.”

It seems that potential buyers looking to pick up a holiday bargain are all too aware that prices could decline further over the year and are waiting out anxious investors hoping to reduce their holding costs.

The worst performing markets are coastal locations in Queensland, particularly in developer-created or more isolated areas, but even previously reliable lifestyle communities, such as the ever popular Noosa, have suffered an economic collapse.

Recent reports suggest that much of the resort town’s property is currently controlled by the banks, with an alleged $1 billion worth of new developments going into receivership.

The latest project to hit the skids is the Veridian Resort and Spa where only 38 out of 198 units sold in the past four years.

The Whitsundays and far north Queensland tourist destinations are also feeling the pinch and many suggest their could be long term market issues for the ever popular Gold Coast.

In NSW, the Tweed Coast is suffering after an enormous amount of beachfront development that commenced earlier this century has created a marked oversupply, while demand has dropped significantly.

Developers are advertising “Massive, Massive Price adjustments” on dozens of new apartments and houses that sit languishing on a dead market.

In Western Australia’s idyllic Margaret River region, RP Data estimates house prices have fallen almost 36% from their pre-GFC peak, when house prices almost doubled within a couple of years in some cases and inexperienced investors became caught up in land speculation that went sour post GFC.

The bottom line is, holiday properties and in particular lifestyle properties are exactly that – they are for those who can afford to indulge.

As far as investing goes however, these locations are far too volatile to produce the proven, stable long term capital gains that are required to profit in the property game.

'Holiday properties lose their luster' have no comments