I summarise the FIRB Annual Report in 60 seconds.

Chinese property investment in Australia has been crippled.

The number of residential approvals to foreign buyers has been crippled over the past two years, from about 40,000 to 10,000. 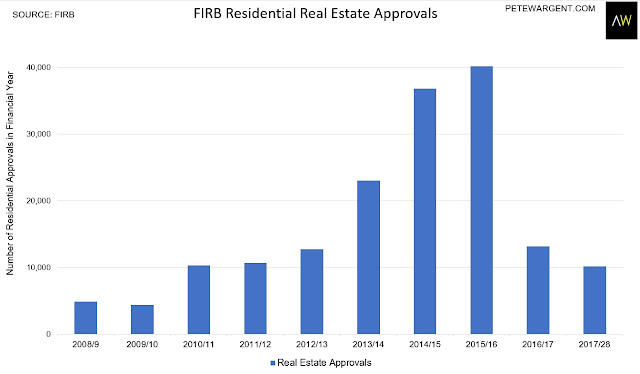 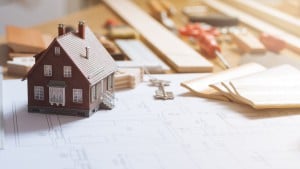 Now, there has been a methodology change for the approvals process for the purchase of new properties, and the prior year figure was revised so significantly as to make the current year figures somewhat questionable.

But, anyway, the reported value of proposed residential housing investment is off by well over 80 per cent in two years, as Chinese investors are discouraged by punitive surcharges and taxes, as well as considerably tighter Chinese capital controls. 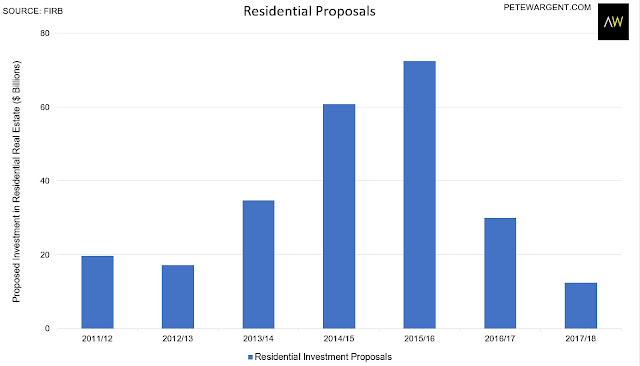 New dwelling exemptions were revised up significantly for FY2017, and there could therefore a revision could follow in FY2018.

But anyway you look at it foreign investors in new property in Australia have by and large gone away, and this was one of the factors which helped to fuel the residential construction cycle. 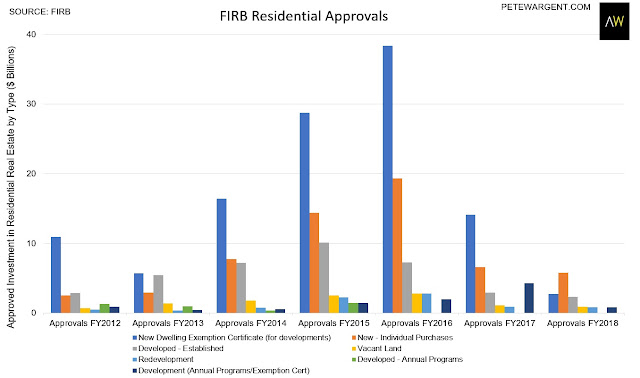 At the state level New South Wales (35 per cent), Victoria (41 per cent) and Queensland (10 per cent) continued to account for the bulk of residential approvals by value.

For all real estate, including commercial, there remains a fair level of interest from China, the US, and Singapore. 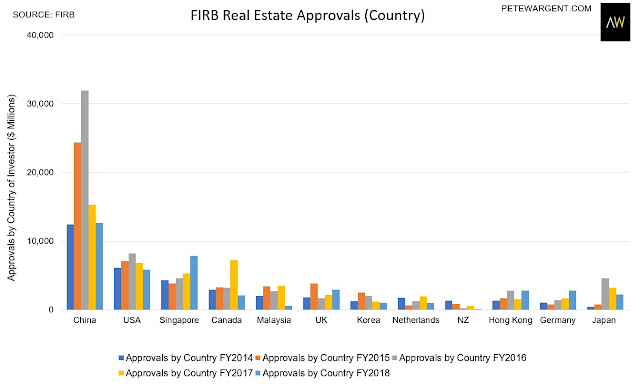 The collateral damage from turning away Chinese investors through punitive taxes in new residential housing has already been notable, with the construction cycle set to shrivel.

The FIRB underscored the point that most foreign investment has been in new dwellings, thereby materially adding to the supply of dwellings.

A handful of breaches were identified by community grassing, but more were picked up through data matching and self-identification, and a small number of infringement notices were served.

A very small number of fines and enforced sales ensued.

As well as the drop in real estate there’s also been a marked fall in Chinese investment in manufacturing, services, mineral exploration and development, and electricity and gas, but there’s been a different driver for this, being tightened Chinese capital controls.

Overall, expect new residential construction to slow to a crawl over the next few years.

'Here’s why new residential construction to slow to a crawl over the next few years.' have no comments