Just over two-thirds of Australian households own a pet.

In addition to this, just over half of the people who don’t currently own a pet admit that they would like one.

Australia has the highest rate of pet ownership in the world.

Only America, where 65% of homes have a pet, comes close.

In total, it is estimated that there are 24 millions pets in Australia. 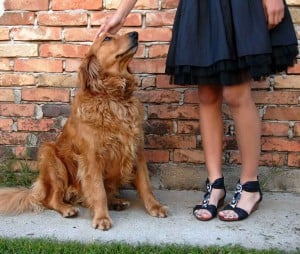 I don’t know how they count the fish and insects, but there is a regular pet count so someone is doing the hard yards.

And if these statistics don’t prove how important pet ownership is in Australia, then perhaps this will: more of us live in a house with a cat or a dog than with a child.

So it is not surprising to see that Queensland tenancy laws have recently been changed to allow tenants to keep pets.

This has resulted in heated arguments on both sides of this issue.

But by excluding pets, landlords are missing out on a significant rental premium; longer tenancies and often less hassle.

We have found that tenants will pay between 10% and 20% more to have a pet.

The higher premium is when the property is well catered for pets – like having a secure fenced yard.

Most tenants with pets also want to say longer in their current rental abode, with the average tenure being 24 months and not the more typical 6 month lease.

This is because there are not a lot of rental properties – despite the recent Qld legislative changes – available to lease that allow pets.

For example a quick search on realestate.com.au has found that just 22% of the rental properties available for lease, in Brisbane, allow pets.

This proportion is 25% on the Gold Coast and 31% on the Sunshine Coast.

Allowing pets is higher, as one might expect, for detached homes (33% in Brisbane) and is lower for townhouses and apartments (both 17% and again for Brisbane).

Our work has also found that many tenants with pets are prepared to pay a pet bond.

My suggestion is that the interest earn’t here goes to the RSPCA.

But in actuality the vast majority of tenants with a pet aren’t different to those that don’t have an animal. 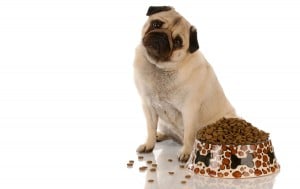 If fact my experience, true it is a small sample, has been that tenants with pets were better occupants than those without a pet.

Now I live on acreage, have pets of many types and so maybe I am biased.

But I must admit I have never liked horses that much and the Melbourne Cup, to me, is an excuse to go for a bush walk.

My wife does the Christmas shopping on the first Tuesday of November each year.

Horses for courses I guess.