It has underperformed the general Australian property market for the last decade and will continue to do so. 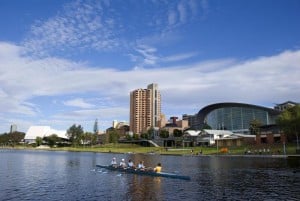 And I’ll explain why in a minute..

But first a word of warning…

Be careful of those who suggest you should buy an investment in Adelaide because it is cheap and affordable, because prices of Adelaide properties will never “catch up” with the big 3  capital cities.

If the Adelaide property market did not perform well over the last few years when interest rates were at a historic low, why should they perform better in the future, now that the power of low interest rates has washed its way through the system, and rates will eventually rise?

So why will Adelaide property continue to underperform?

1. A struggling economy – for a city’s property market to grow it needs strong jobs creation which leads to population growth. It needs to attract people who will be working in higher paid  jobs

2. Challenging demographics – Adelaide has more than its share of older and poorer people.

Chris Jericho explained this very well in the Guardian and included some great infographics – as he usually does. He’s an economics commentator worth following.

Jericho explained that South Australia had fewer of its adult population employed than any other state except Tasmania.

He also showed that South Australians are much older than the rest of the country – it has fewer people aged under 50 but more people aged over 50, which makes for a tough time economically

South Australia has long been more dependent upon manufacturing (which is obviously declining) and agriculture than is the rest of Australia and Jericho explains that a big problem for the SA economy is that employment growth has been weak over the past four years.

Only Western Australia, coming off the mining boom, has had worse growth.

This resulted in the level of departures from the state peaked in 2016 at a 12-year high, while at the same time the level of arrivals to the state is historically low:

It all adds up to South Australian’s real household disposable income being flat for nearly nine years: 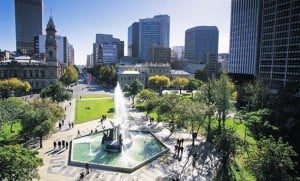 Given this picture, there are very few growth drivers for the property market.

There are much better investment opportunities in the big 3 capital cities of Australia.