Over the last few years our property markets have been a two horse race.

Sydney and Melbourne, then Melbourne and Sydney have had the most capital growth, leaving the other states far behind.

Here’s what happened to capital city home values, in the last 5 years (to January 2016.)

It’s due to their economic growth and jobs growth.

Sydney and Melbourne together contributed 54.3% of Australia’s GDP growth in 2014-15.

At the same time most other cities and regions struggled in the wake of the mining boom.

Of course this also creates a headache for the RBA  which has to manage booming economies in Sydney and Melbourne while the rest of the country is struggling to grow. 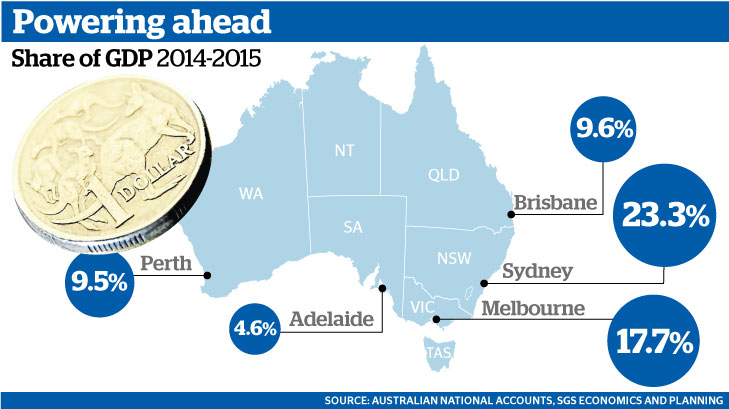 Economic growth and jobs growth leads to population growth and consumer confidence and this is good for property.

That’s why we target cities and locations in cities where wages growth is occurring faster than the national averages when we conduct our background research at Metropole.

If you’s like to know more about where capital growth is likley to keep occurring why not give us a call and have a chat with one of our property strategists – call us on 1300 20 30 30 or click here now and tee up a time for an obligation free chat.