We know true wealth is much more than how much money you’ve got in the bank or how many properties you own, but this year’s Credit Suisse’s annual global wealth report shows that once again Australians have the highest median wealth in the world, and we have a very low percentage of poor people. 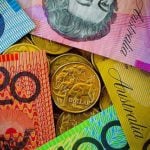 The report shows that since 2000, the net wealth of the average adult Australian has more than quadrupled, and over the past 12 months average adult wealth has grown 5 per cent.

In fact 7.35 per cent of all adults (1.25 million of us) are US-dollar millionaires if you include real estate and financial assets into the equation.

But what is exceptional about Australia is our staggering growth in wealth considering we’re a developed nation, as emerging markets mainly drove the global growth in wealth.

So how wealthy are we?

Australia’s average wealth per adult is US$430,777 which is the second-highest in the world after Switzerland.

However Australia’s median wealth (the wealth of the middle wealthiest person in Australia) is the highest in the world, at US$225,000 (AU$258,000).

Now median is the better measure as it shows the spread of our wealth and is not skewed by the very wealthy. 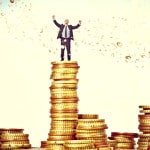 Imagine you’re at a crowded bar and Jamie Packer walks in. The average wealth of the crowd soars but the median stays much the same.

Packer’s presence drags up the average wealth but does little to change the median – that is the wealth of the middle person if you lined up everyone in the bar from richest to poorest.

In other words our high median shows that wealth is spread more evenly than in other countries. When it comes to wealth distribution, most Australians (62.6%) had wealth between US$100,000 and US$1 million.

Having said that the proportion of those with wealth above US$ 100,000 is the highest of any country – eight times the world average.

With 1,762,000 people in the top 1% of global wealth holders, Australia accounts for 3.8% of this wealthy group, despite having just 0.4% of the world’s adult population.

And a lot has to do with property.

The Credit Suisse Wealth Report showed that Australia’s wealth is heavily skewed towards ‘real assets’ (in other words property) as opposed to financial ones.

Australians on average have 60 per cent of their assets in property, versus the world average of 46 per cent, and the USA at 30 per cent.

We live in a lucky country and it’s important not to forget it.

And the good news is that things are unlikely to change with the report predicting Australia will keep it’s top spot on the wealth chart until at least the end of this decade.

Australians can also expect to live longer than almost everyone else. The most recent UN data shows life expectancy at birth in Australia has reached 82.5 years – the fourth longest in the world behind Japan (83.6), Hong Kong (83.4) and Switzerland (82.6).

But these achievements haven’t made us the world’s happiest place. The latest U.N. World Happiness Report, published by the UN’s Sustainable, ranked Australia 10th.

Here’s what you can do about this…