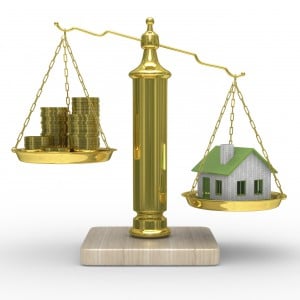 Despite the continual call from various lobbies to abolish negative gearing, it’s here to stay.

You see…the property industry has become a tax cash cow for all levels of government.

New research released by the Property Council of Australia has revealed the industry contributed 16 per cent of all taxes paid to the three levels of government in Australia, handing over more than $72 billion in taxes every year.

Property Council of Australia chief executive Ken Morrison said it was now time for government to ease the tax burden on the industry by abolishing some of the most “distorting taxes’’ such as stamp duty.

He also called for planning processes to be better streamlined to make housing more affordable for everyone.

Who pays these taxes?

It’s booming property markets delivered $23 billion in taxes paid by the industry in 2013-2014.

The Government is counting on property

It’s no secret that the government has been counting on the property industry to take over from the mining investment boom to buoy our economy.

And our low interest rate environment seems to be working, with the property industry now  the second biggest employer in Australia, behind the health care and social assistance sector.

The report by the AEC group for the Property Council of Australia said the property industry directly created 1.1 million jobs — more than mining and manufacturing combined.

Mr Morrison said one in four Australians drew a wage from property, either directly or indirectly.

What about negative gearing?

“The Greens’ policy risks our current record 200,000 housing construction starts for the provision of only 3,125 extra dwellings a year, it just doesn’t make sense.”

The 2012-13 taxation statistics released by the Australian Tax Office earlier this year contradicts claims that negative gearing’s impact on the federal budget is spiralling out of control – with a $2.35 billion decline in cumulative net rental loss recorded over the period.

“This decline is a result of the lower interest rate environment, but also points to negative gearing being used overwhelmingly at the lower end of the property market where it is a key source of affordable rental accommodation.”

Morrison says it is untrue that more than half of all people with negatively geared rental housing investments are in the top 10 per cent of taxpayers.

“The actual ATO data clearly shows that at least two thirds of Australians who declare a net rental loss earn around $80,000 a year or less.

That includes 42,000 nurses, midwives and aged care workers, 62,000 teachers and child carers, 12,300 emergency service workers and 83,000 clerical staff all earning around or below this amount.

“These are not property barons – they are ordinary Australians saving for their future,” Morrison says.

The Property Council calls on politicians to solve the housing affordability crisis by focusing on planning blockages and housing taxes which make the supply of new housing lower, slower and more expensive than it should be.

“The property industry wants housing to be affordable – and that’s why we have been a strong advocate for real policy solutions rather than cheap headlines that don’t address the underlying issues.”

If you want to read more I’ve asked: Why be so negative on negative gearing