Of course Sydney remains Australia’s largest city — but maybe not for long.

There are now just 200,000 people separating Melbourne from Sydney — 4.9 million compared to 5.1 million — and if current trends continue the Victorian capital is poised to become the largest city in Australia in eight years, according to new Australian Bureau of Statistics data. 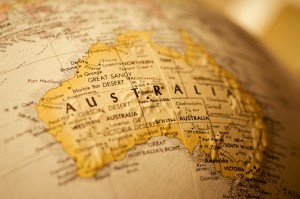 It is one of the 10 fastest growing developed cities in the world and at that pace it’s population will grow by more than 10 per cent in the next 4 years.

Sydney’s growth is still strong (2 per cent), but not as spectacular, adding than 100,000 residents for the first time in its history,

Our two big super cities combined house about 40% of the nation’s population.

The demographers at id.com.au have compiled their annual list form the ABS data and come up with the following list.

If you’re wondering how they chose the boundaries for our big cities, check out the notes at the end of the list.

How did they chose the boundaries?

Where does Melbourne or Sydney stop and start?

Which boundaries did the demographers at id.com.au use?

“…these figures are based on the “Significant Urban Area” geography. This is defined by the ABS as an aggregate of areas which roughly contain the continuous urban extent of a city without major gaps. It is different to the figures you might see elsewhere, which are based on “Greater Capital City Statistical Areas” (GCCSAs), and cover a wider labour market region where most people commute into the capitals to work.

You can see the numbers below are a bit less than that, particularly for Sydney. That’s because non-contiguous urban areas are separated out in the Significant Urban Area classification. 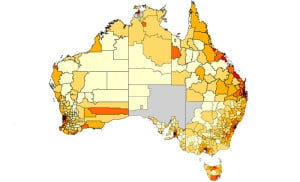 Sydney’s GCCSA population includes the Central Coast while the Significant Urban Area excludes it as it’s non-contiguous. The same goes for the centre of Melton on the outskirts of Melbourne. These are separate centres in this view of the world. This provides a better measure of true bounded urban areas, but neither version is “correct” or better than the other. It also enables capital city populations to be compared to regional centres in the list below, which don’t have a wider capital city area defined.”