Concerns about nuclear conflict are re-ignited around the world. 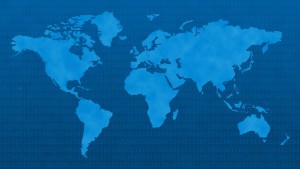 So, how many nuclear weapons are there, and where are they.

Pardon the pun, but let’s launch into it with this graphic from Visual Capitalist 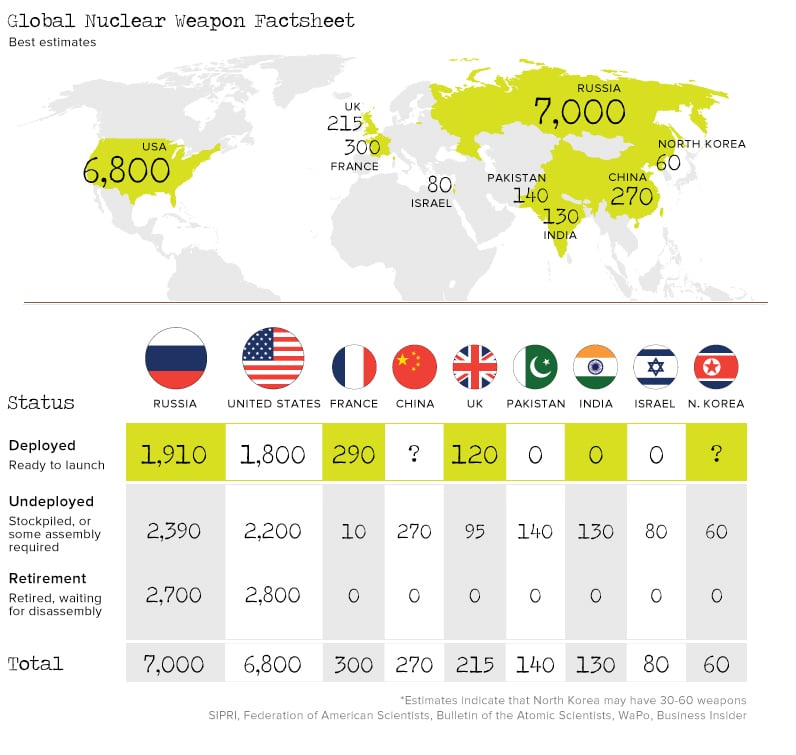 As you can see between them the United States and Russia hold 92% of the world’s estimated 15,000 nuclear warheads.

If you think that’s a lot, back in 1986 during the Cold War  there were 70,300 nuclear weapons globally – but the number of warheads has decreased as countries disarm more weapons.

What about North Korea?

While North Korea is a minor player in the nuclear weapon ecosystem, they’ve have been capturing the world’s attention.

Under Kim Jong Un, North Korea has dramatically ramped up the frequency of missile tests, with 17 confirmed launches so far in 2017.

The experts seem to suggest an all out nuclear war is unlikely, but let’s hope the two hot heads calm down.

'Here is where the world’s 15,000 nuclear weapons are stashed [infographic]' have no comments