Take a few minutes to look at the table below.

Most real estate commentary of late has been about the return of net interstate migration to Queensland, from mostly New South Wales and to some extent Victoria, as residents in Sydney and Melbourne cash-out; buy cheap in SEQ and generally run away from the big smoke.

Yet, the statistics show something quite different.

Across the country, net overseas migration is on the increase, with some 86,500 new migrants during the March quarter (latest figures available).

This rate of growth is double the pace that we have been experiencing over recent years.

In other words, heaps more overseas migrants are now moving into Sydney, Melbourne and SEQ.

Aren’t these places crowded enough already, many might ask?

And Queensland is getting the same market share of overseas migrants as it normally does; it’s just that the rising floodwaters are inundating everything.

Now, the residential property spruikers have been claiming that SEQ represents great value when compared to Sydney and Melbourne.

The usual drill here about the return of interstate migration; housing price differential; somewhat similar household incomes; better rental yields; improving job prospects* (which fathoms me, but it is spruik, after all) and of course those charts which track past property values between each city over time.

Yet, there are real reasons for the differences.

The biggest one is that Sydney and Melbourne housing values are over inflated; mostly because of overseas buying – much of it illegal – and the subsequent FOMO.

Well, according to the latest Juwai.com survey, the Chinese buyer’s favourite Australian cities are:

And the June Quarter NAB Residential Property Survey shows that 17% of the apartments sold in Australia are bought by overseas buyers, as are 11% of the country’s detached houses.

Further analysis finds that a quarter (25%) of Melbourne’s apartments are currently sold overseas.

Overseas buyers purchase 15% of Sydney’s apartment stock; and when it comes to houses, some 14% of Melbourne’s houses are now bought by overseas residents.

The current figure for Sydney is 9%, but was much higher in the recent past.

So, too, was the level of overseas interest, in previous years, in Sydney’s apartment market.

Overseas buyer interest in SEQ – for both apartments and houses – is very much lower.

Another reason for the current difference in housing values between SEQ and Sydney/Melbourne is that their economies are strong, whilst much of Queensland’s isn’t.

The ‘peaks head north’ scenario does play out when peeps (and investors) are pulled to SEQ (or any other area) rather than pushed out of where they live/invested before.

The biggest puller (no, not me!) are jobs and wage growth.

And when it comes to jobs, it is full-time work and the hours worked per capita.

Sydney and Melbourne are beating SEQ on both counts by an increasingly wider margin.

You must admit, it is better to be pulled towards something rather than being pushed away.

Only when SEQ gets more pull, will housing demand and dwelling values grow in earnest.

But for now, it is much more push than pull.

And that is why Brisbane residential values are stuck in the mud.

And before we wax lyrical about Hobart, keep in mind it is a very small market.

Last year, some 5,200 dwellings sold in Hobart, which is just 1% of the Australian market.

It also holds a 1% share of Australia’s annual population growth.

It is a small place. 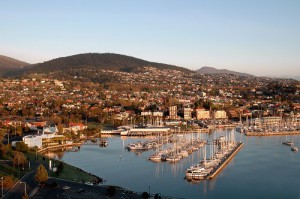 It doesn’t take much to influence it.

But living there (from the big smoke) is, well, pioneering.

And pioneers must forego things.

I wonder if many can.

More push than pull here, too, if you ask me.

So if you are selling a residential project in SEQ, don’t expect buyers to flock from Sydney or Melbourne.

It is of increasing importance that your product/price has a better market match.

Much of the 325,000 increase in total employment this year has been in the health sector and here, it has been mostly part-time work and is almost entirely due to the start of the government rollout of the National Disability Insurance Scheme.

Growth in this sector, by this means, does not indicate broader strength in the economy. 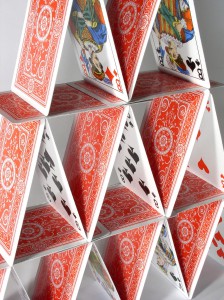 Only construction is doing well – and that is a house of cards.

Hence, the government is again pulling the overseas migration handle, upping our intake to inflate demand in order to help protect housing values and place a false bottom under a downturn in construction.

'More migrants are now moving into Sydney, Melbourne and SEQ' have no comments