In the fine tradition of public policy in Australia, we leave things until it’s long overdue.

By this time, instead of a manageable slow-down, it often results in a screeching halt followed by a fast u-turn.

APRA’s recent moves to stem the flood of finance to speculative housing investors could be a case in point.

What might this mean for investors and for the industry generally?

Some years ago, Reserve Bank Governor Glenn Stevens expressed caution that low interest rates, which ought to lead to an increase in housing supply, might simply lead to a run up in prices.

See for example this analysis of mine back in 2009.

This year, in a vindication of those earlier fears, he described the market in Sydney as ‘crazy’.

You don’t get stronger hints from the RBA Governor that things are a bit out of control than that. 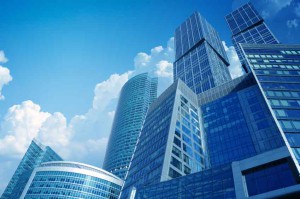 In December, the Australian Prudential Regulation Authority started to tighten the screws on lending, and it made further moves this year targeted more particularly at investors, who for the first time account for more than half of new lending for housing.

Banks are responding by quickly tightening their lending criteria and some – AMP Bank for example – have now announced they have banned loans to property investors, effective immediately.

Others are offering loans to investors at higher rates of interest than to owner occupiers.

How might this play out for the legions of speculators who have invested in the so-called ‘generational shift’ to apartment lifestyles?

It’s not a pretty scenario and it’s all happened before, but for the ones with short memories or without the benefit of having been through a serious downtown before, here’s how it can pan out.

Think of the investor who’s been sold the story of a generational shift to inner city apartment living.

They see demand rising for this type of product and lifestyle and figure that this is a good market to buy into.

They may be thinking that, by the time settlement is due within maybe three years, that unit could be worth maybe 10% more, so their equity will have gone from $50,000 to $100,000.

Happy days. Plus they’ll be getting a rising rental return, at least in line with CPI. After all, this is how – and where – everyone wants to live, isn’t it?

Fast forward three years to settlement time. The banks are no longer prepared to lend 90% but our investor’s bank will still lend to 80% of the valuation.

That valuation has come in a few months before settlement and the bank now has a piece of paper that says the home unit is worth $450,000.

Values have fallen because there is a very large volume of similar stock on the market at the same time, in roughly the same location, and there are more sellers than buyers. 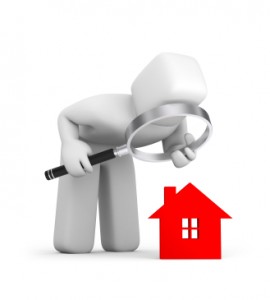 So our investor needs to find another $90,000 to make the settlement.

They could walk away and lose their deposit, or they could try argue their way out of the contract, but both aren’t exactly appealing options.

They could sell the apartment but that would mean taking a loss in that market.

They could rent it as planned but vacancies are high (there’s a lot of similar product out there) and rents have fallen (supply over demand).

So their return on renting is nothing like they imagined it could have been.

Plus, by now, interest rates have risen so the gap between the rental income and the repayments is much wider than they banked on.

It’s called ‘negative’ gearing for a reason but there’s a limit to how much most people can lose.

If our investor decides to sell and realises $450,000, they still have their transaction costs to take into account so their net realisation may be closer to $400,000 on the ins and outs of the deal.

This looks pretty ordinary if they had to sink $140,000 of their own savings into the deal.

This is a worst case scenario and I am not predicting financial Armageddon.

But I do come across plenty of people in the industry who seem to be in denial that this is remotely possible. Yet it has happened before and may well happen again.

Who’s to blame if this does eventuate?

Accountants and some financial advisors, who promoted investment property deals because on paper they look tax effective, will have questions asked of them.

Accountants love things that look good on paper but in my experience aren’t very good at understanding property. Urban planners and policy makers that promoted high density living at the expense of other options paved the way for the supply-side response.

That’s precisely why so much of it has been approved. And they have met the market price points.

The banks too should shoulder some blame but good luck trying to make that stick. And the investors who could lose out will be busy for looking for anyone else to blame but themselves.

And what’s the impact on the industry if this happens?

That will depend on whether any problem – if it occurs – will be contained to a certain type and style of investor housing product, or if the property industry generally suffers the hangover –  even if large parts of it weren’t part of the party in the first place.

This is a question that’s going to occupy a lot of minds in coming months and years.