In another sign that the Brisbane property investment market is bottoming out the REIQ reports that demand for units and townhouses is increasing across Queensland as buyers flock to this more affordable type of property.

The Real Estate Institute of Queensland (REIQ) September median unit and townhouse price report, released on 7th December, found the numbers of sales increased substantially over the period.
Across the State, sales of units and townhouses grew by 40 per cent in the September quarter, compared to the previous quarter. The numbers of sales were also up 14 per cent compared to the same period last year.

“More than 800 preliminary sales were recorded for properties priced under $250,000, which is a very affordable price for many buyers. This was an increase of nearly 40 per cent on the same period last year,” he said.

“Units and townhouses continue to be a reasonably priced, and also preferable, option for many buyers who want the convenience of living closer to the city while also keeping a lid on their borrowings.”

There was a noticeable shift in demand for lower-priced units and townhouses in Cairns and the Gold Coast over the quarter with both regions recording significant jumps in the numbers of sales of properties for under $250,000.

In Brisbane, the median unit and townhouse price increased 0.6 per cent to $405,000 over the September quarter and also recorded a small positive price result over the year ending September.

“Brisbane’s median unit price edged up 0.3 per cent over the year which is a welcome result and one we haven’t witnessed for a year or two now,” he said.

“This is hopefully the start of the pricing turnaround that we have been anticipating given our property market has been improving throughout the year.”

According to the REIQ, the construction of new unit and townhouse developments in regional Queensland has resulted in median prices in some areas being skewed either high or low depending on the types of properties that sold over the quarter.

This is especially true in Mackay which posted a median price increase of 9.4 per cent to $320,000 over the quarter however this was partly due to a number of sales of luxury units in Nelson Street.

While sales numbers across Queensland grew over the September quarter, the June quarter was unusually quiet due to many buyers waiting for the return of stamp duty concessions on 1 July, which makes comparisons between the two quarters more pronounced than usual. 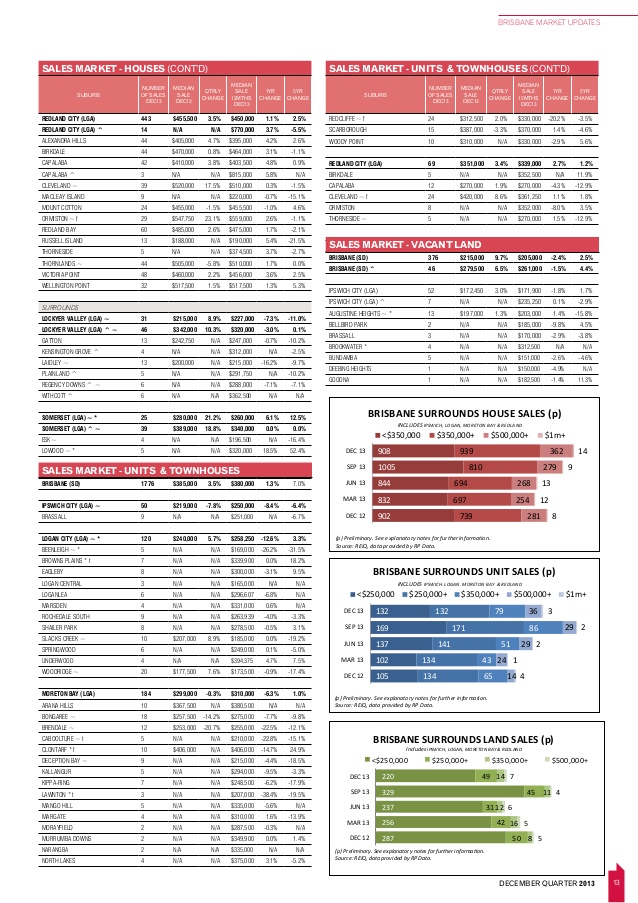 'Guess what type of property is selling well in Brisbane?' have 1 comment