The internet has drastically changed the way we work, spend our leisure time and communicate with one another. 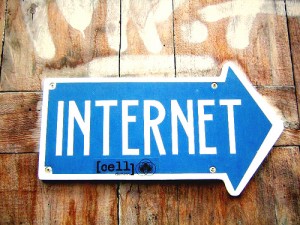 Our World in Data estimated that the number of internet users worldwide was 3.17 billion in 2014 and, if you are reading this online, you are one of them!

Imagine how many users there are today looking at over 1 billion websites.

The rise of the internet as well as the continued growth of access around the world and through different technologies is likely to continue to change our lives in unpredictable ways.

Growth of the Internet

The number of Internet users worldwide has skyrocketed since the birth of the World Wide Web in 1990.

On the 20 December 1990, the world’s first website and server went live at CERN.

The first ever website was published by the Internet’s creator, Sir Tim Berners-Lee, on 6 August 1991 and in 1993 CERN made the World Wide Web available on a royalty free basis to the public domain.

Access to the Internet is almost universal in developed countries and although usage rates are much lower in the developing world, the trend is positive.

The chart below shows that between 2004 and 2014 Sub-Saharan Africa saw a 1400% increase in internet users.

While this increase is massive, user numbers still lag behind East Asia & Pacific and Europe and Central Asia.

A very recent development is the use of internet enabled mobile devices including phones and tablet computers.

'Growth of the Internet' have no comments